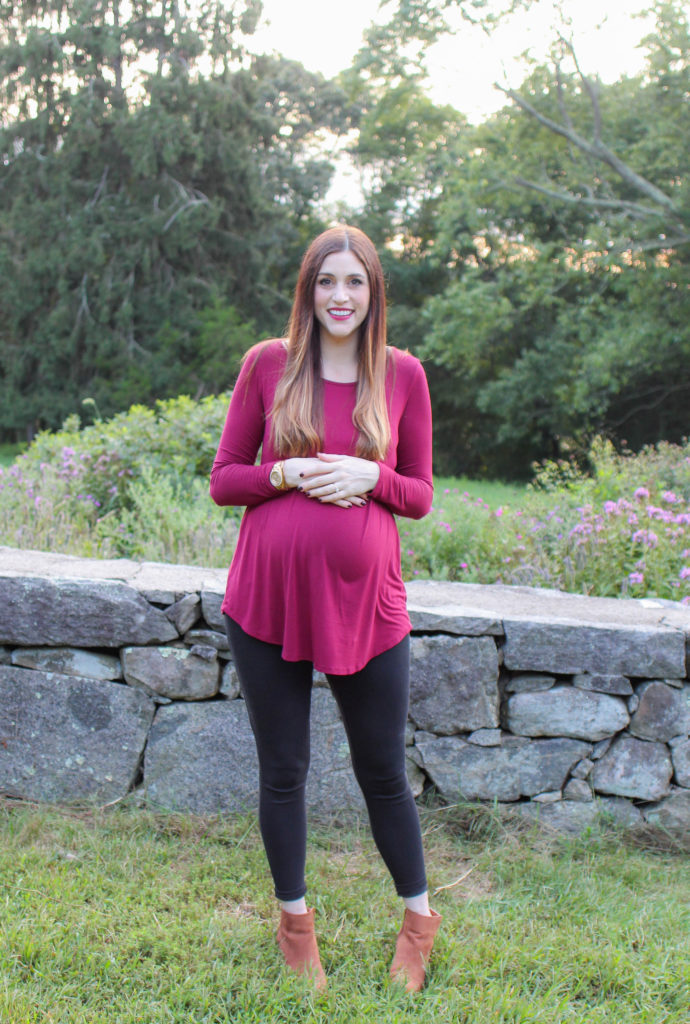 10 Most Unexpected Things About Pregnancy 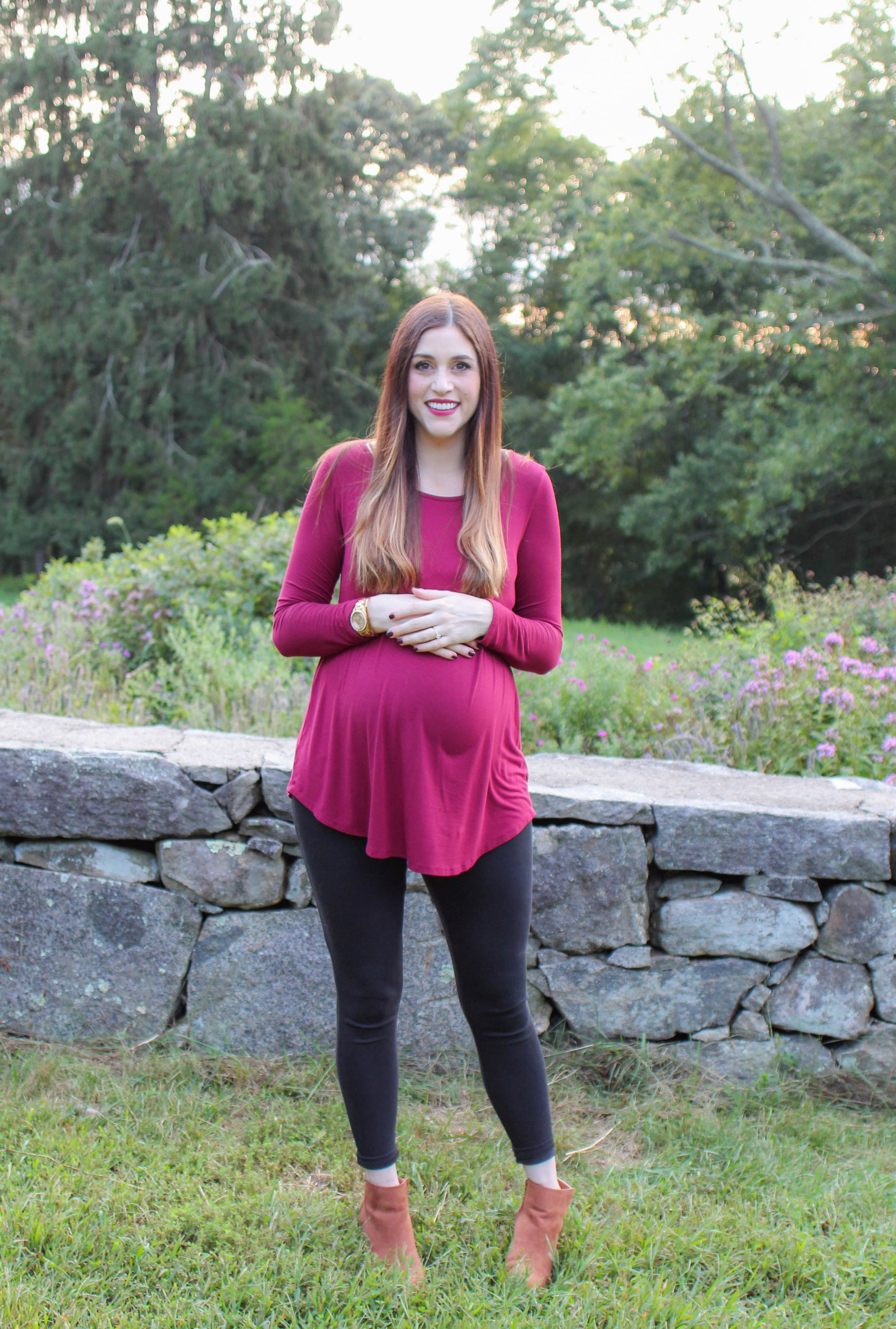 One of my most requested pregnancy blog posts has been to share what things have been unexpected or different than I thought they’d be during pregnancy. I was a little surprised by how much this has been requested since I’m sure the topic has been written on a lot. But, at the same time, I know when I was early in my pregnancy or pre-pregnancy I LOVED reading similar posts, so I totally get it.

Now that I’m almost 36 weeks and only a month away from baby boy getting here, I feel equipped to tackle this post. I considered waiting until after he was here so I could incorporate labor and delivery into this round-up but then figured maybe that could be its own post altogether. I do plan to share his birth story when the time comes.

So, here we go. 10 of the most unexpected and surprising things about pregnancy from a first-time momma.

1. I couldn’t wear non-maternity things as long I thought I would

I thought I was going to get away with wearing non-maternity clothing a lot longer than I did. Mainly things like my t-shirts and dresses. But, the truth is, even if I could squeeze into some of my non-maternity clothing, it was usually not comfortable – so why bother? And, as far as tops, most of them aren’t long enough to wear with maternity bottoms. To be honest, a maternity top/dress will make you look like you have “a cute baby bump,” while wearing a regular top might just make you look like you ate too many tacos.

I’d say one of my pieces of advice from this lesson is don’t force yourself into non-maternity clothing if you don’t need to. Don’t feel like you need to wait until you’re in your second trimester or REALLY showing to get maternity clothes. Invest in a few good maternity tops and a few good maternity bottoms early on. One spot I love for shopping for maternity clothing has been PinkBlush. I’ve shared them A TON on my social media because I lived in their dresses all summer long. Now that it’s a little cooler I got this long-sleeve maternity top c/o PinkBlush and it has been the perfect thing for the third trimester. It’s super soft and comfortable. And, like I boast about their maternity dresses, it’s a nice, thicker material.

Duh, I know the baby moves. I knew I’d feel kicks. I also knew the baby would move around making my belly look like there was some type of X-Files shit alien inside there. But, I didn’t realize HOW much the baby would move. Baby B is popping around pretty much all the time. He’ll spend full hours of kicking and grooving while I’m at work and he’s almost always dancing around when I wake up in the middle of the night. Pretty much anytime I want I can put my hand on my belly I feel him moving around. I honestly had no idea how much they moved in there. I guess I figured they slept a lot and a few times a day woke up for a few kicks.

Now, how much you feel baby moves definitely depends on a variety of factors so it’s not the same for everyone. Things like where the placenta is located, your body size/type, and the baby itself all impact how much you feel them move. It’s pretty common for ultrasounds to stop after the big 20-week ultrasound where they measure all the body parts of your baby. Of course, this depends on your OBGYN. But, I guess I just assumed you’d see the baby on an ultrasound all the way up until the end. However, it’s very common not to have any more ultrasounds unless they need to check something on your babe. My last ultrasound picture of Baby B is from week 21.

4. You’re not supposed to sleep on your back

I had NO idea this was a thing. Once you get into your 2nd trimester your uterus starts to weigh more. This increases the concern about laying on your back. The worry is the weight of your uterus can pinch one of your major arteries which depletes blood flow to both you and your baby. Because of this, it’s suggested you sleep on your sides.

That being said, I feel like some OBGYNs are more strict about this than others. My OB assured me that if I didn’t feel lightheaded or nauseous on my back, then everything should be fine. She also indicated that it’s not nearly as likely that you’ll pinch that artery on a soft mattress and the concern is more when laying on harder surfaces. In general, I’ve done my best to sleep on my sides but I have naturally woken up on my back almost every night. I know some friends who were VERY strict about the “not laying on the back” rule and others who weren’t. I’d say you need to do what feels right to you and defer to your own doctor on this one. 5. Surprising area of your body will expand (But…not EVERYTHING expands)

There are some things EVERYONE told me would swell and expand. I was prepared for my feet to grow bigger and my belly to become a bowling ball. But, I also found that I didn’t experience some of the typical expansions everyone said would happen. My boobs did NOT grow. Thanks everyone, for the false hope that I might actually get to have cleavage for once in my life. (I know, I know, don’t lose hope I still might get some during nursing.) Everyone also told me that my ankles and feet would be very swollen and maybe even grow an entire size. I even prepared myself by buying easy slip-on shoes with room for swollen feet. My feet only swelled up once for about 10 hours of my entire pregnancy and then went right back to normal.

Then, there are other places that expanded that no one warned me about. Take, for example, my rib cage. I don’t think one person mentioned that my rib cage might expand INCHES. Before my second trimester even hit I had gone from a 32 bra size to a 36. In fact, one of the reasons I couldn’t wear my non-maternity clothing as long as I thought was because none of it fit in the chest/arm area because my upper torso had grown so much.

I guess the point is….pretty much ANYTHING could expand or swell during pregnancy but that doesn’t necessarily mean they will. Don’t assume your body will grow the way other people’s did. 6. You can bleed (down there) during pregnancy

Typically blood down there means one thing to us women – it’s that time of the month. So, when you’re 10 weeks pregnant and awake to a gush of blood it’s safe to say you will probably freak out. I’m sharing this only because it happened to me 3 times in my early pregnancy, around 13 weeks, 15 weeks and 18 weeks, and each time was a very scary experience.

Even though bleeding during pregnancy is quite normal and as many as 50% or more women experience it (according to my OB, don’t quote me), your doctor will still probably want to have you come into the office to take a look ASAP. Because your blood flow doubles during pregnancy, it is very normal for blood vessels to burst to cause this bleeding. However, your doctor will still check it out to ensure it’s not something harmful to the baby, an issue with the placenta, or a miscarriage.

7. Not all underwear is created equal

Not sure why I didn’t think that my normal underwear wouldn’t work for my entire pregnancy but it’s just not something I considered. Yea, your usual lace underwear and or cute briefs will probably become so uncomfortable you’d rather go commando. Not to mention other pairs will roll and bunch because they can’t fit probably around the growing bump. One of the best maternity things I bought was definitely maternity underwear. I got a set of under-the-belly underwear (SO MUCH MORE COMFORTABLE). I also got a pair of maternity Spanx, which have short legs so you can wear them for things like dresses when you don’t want to worry about a panty line. 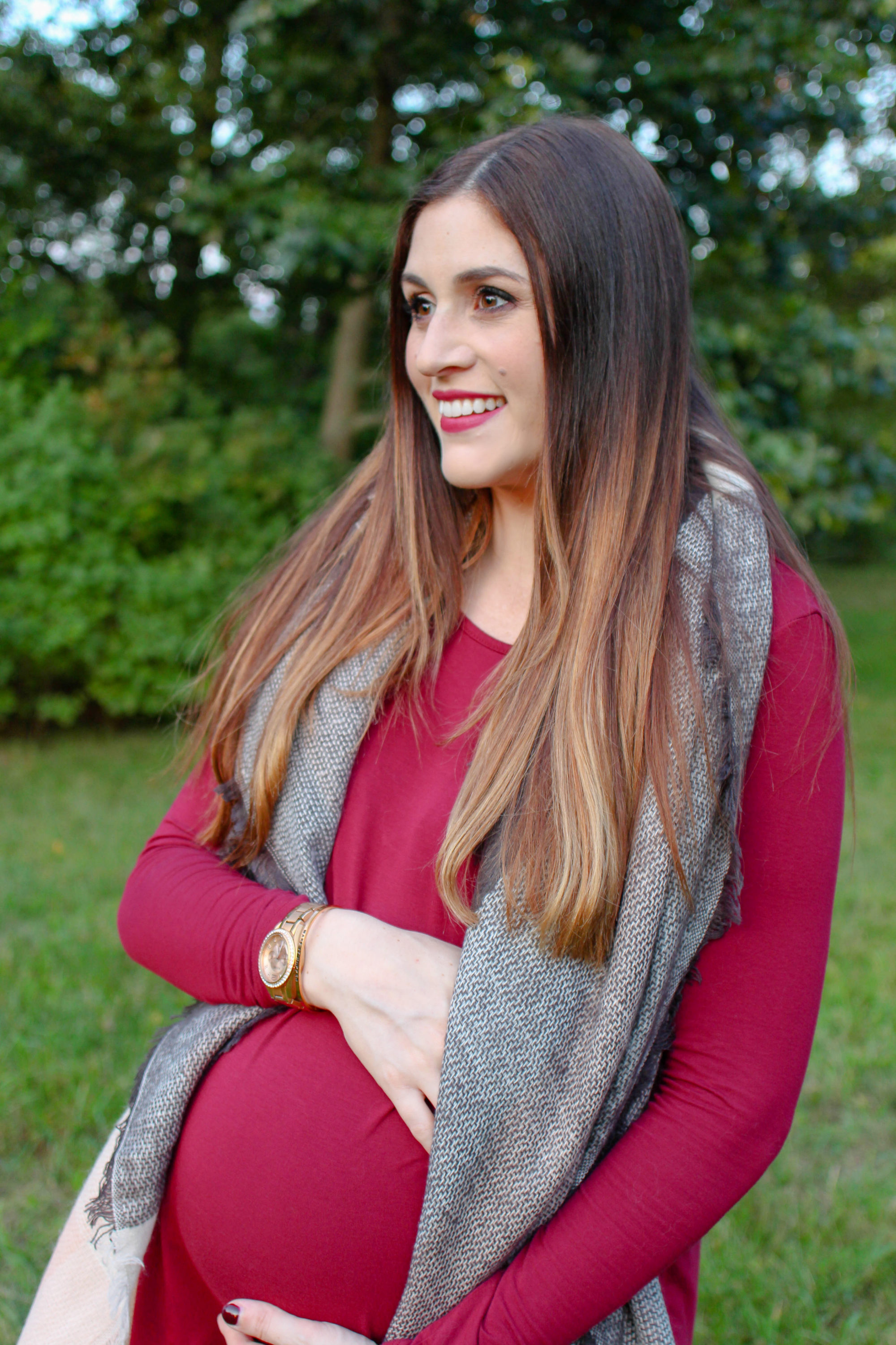 8. People seem to think it’s OK to openly comment on your body

I think being pregnant is the only time in your life that people feel like they can just openly talk about your body. No other time would it be considered normal for people to comment on your size except while pregnant. It’s pretty much 9 months of no filter on your body.

And, in the defense of most people, most people are trying to be nice with these comments. They’ll tell you that you’re “all belly” or “carrying great!” I’ve even had complete strangers stop me in restaurants and stores to tell me how “beautiful” I look pregnant. It’s honestly very sweet. But, it’s still a strange adjustment knowing that people will just openly talk about your body and size like it’s the evening news report. It’s also sort of hard to take because pregnancy is typically a time in our life when we become the MOST self-conscious about our bodies as they grow to be bigger than they’ve ever been before.

9. You’ll get winded doing just about anything

It’s common to get shortness of breath during pregnancy. This is due to a variety of factors like the growing uterus, increased hormones, and overall demands for more oxygen in your body. But, you might be surprised how easily you get out of breath! I get out of breath if I have to talk for too long, making dinner, getting dressed, walking to my car, and sometimes…from just sitting there. Very often I’ll be sitting on the sofa and Michael will ask me, “why are your huffing and puffing, is something the matter?” and I’m like “IDK I’m just breathing!” 10. Your pregnancy is your own

At the end of it all, the biggest thing I’ve learned is that my pregnancy is NOTHING like anyone else’s I know. While we share some symptoms, fears, and experiences, no one will have a pregnancy just like mine. People love to share their experiences with you. They also love to tell you what will/won’t happen to you. And, of course, you’ll get some people who will judge you for your choices saying things like “well, I did that during my pregnancy and I was fine!” But, I’ve learned I need to react to things in my pregnancy based on my own instincts and feelings and NOT based on what others tell me from their own experiences.

Pregnancy has been a lot like I anticipated it would be. And, also different too. Definitely one of the most surprising things across all these topics is that the things I experienced were very different from what people had told me or what I had come to expect about pregnancy from others. So, if you’re reading this because you’re newly pregnant OR planning to become pregnant in the future, #10 is definitely my best piece of advice. It’s really helpful to talk to other women and hear their tips and suggestions. But, don’t take it all as gospel.  Whenever someone asks me for my advice I’ll happily share it but usually finish it “but do what feels right to you,” because that’s really what matters most.