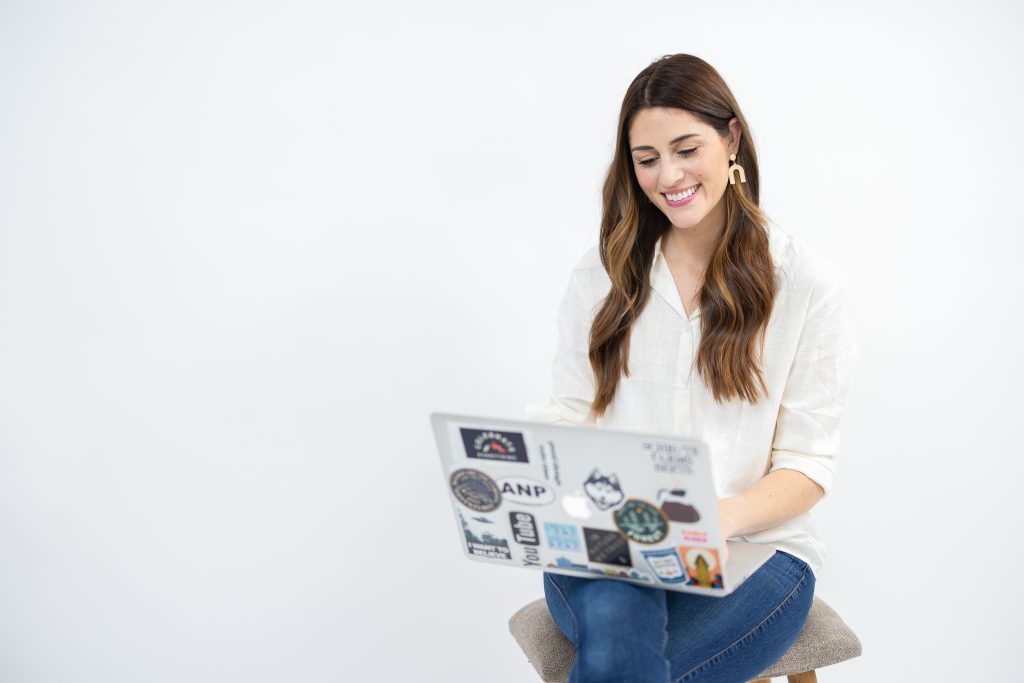 5 Life-Changing Habits I Adopted in 2022

We’re meant to change, grow, and evolve as we age. Sometimes we get stuck thinking this is just who we are, or this is the identity of the person I am. But we go through so many different seasons in our life, and I think we should grow and change to meet them. Thus, our habits and routines are going to change and grow to meet those as well. The point is that I’m constantly evolving and adopting new habits and practices to answer the different places I am in my life. So today, I’m going to share the five habits I’ve adopted in 2022 that have made the biggest impact in my life.

Very early in 2022, I started journaling. It’s something I’d always wished I could do, but I could never stick with it. I think the most challenging part was not knowing what to journal about. It never felt intentional or important enough to just write about my day.

I’m a big believer in hard work. I’m not ‘anti-hustle culture’ as a lot of people say these days. I don’t believe in working yourself to complete burnout, but I value putting in the time, and I don’t think there is any real substitute for hard work. In my world, to achieve some things, sometimes you just have to put your nose to the grindstone and get it done. I also believe we have some control over our destinies based on our actions, choices, and attitude.

One day, for whatever reason, I decided I wanted to know more about manifesting. After buying my first book on manifesting, I realized that it actually aligns a lot more with my idea of working hard to achieve the future you want for yourself than I thought. It’s all about losing the idea that you’re stuck with what you’ve got, or that your life is predetermined. Instead, it challenges you to push the envelope for what you can achieve and believe you can succeed beyond what you originally thought.

I haven’t become a manifesting expert by any means, but I began using journaling as a way to manifest. I’ve found as I’ve started a manifesting journal, it’s helped me to hone in on the goals that are most important to me and prioritize my intentions and plans. No one has ever succeeded by saying they won’t succeed. Sometimes the first step to achieving a goal is just believing that you can. Journaling has allowed me to get more clear about what my goals are and has allowed me to develop a stronger sense of confidence that I can achieve these goals.

2. Stretching in the Morning

I have never been good about exercise or working out, but this body has carried and birthed two babies and spends many hours a day carrying and caring for them. Not to mention I’m not 21 anymore, and I could feel it in my body. You’ll know you’re in your 30s when you start making sound effects to get out of bed in the morning.

When I’m postpartum, I usually do a little yoga here and there so that my back is not a total mess, but I never stick with it. In the last couple of years, I’ve started to appreciate my body more because of what it’s been through and the things it’s capable of. I wanted to start doing something more to care for it and show some gratitude for what it’s accomplished.

In 2022, I made a promise to myself that I would start. It’s not about 45 minutes of intense exercise, that’s not the priority to me. It’s about taking 15-20 minutes each day to stretch, do a short yoga session, anything really.

It’s not pretty or impressive or anything you’re going to see shared on some fitness motivation page anytime soon, but that’s not why I do it. I do it because I CAN FEEL IT. The difference it makes, just taking those 15 minutes to stretch and tend to my body. When I got Covid in late August and couldn’t stretch for 2-3 weeks, it’s insane how different my body felt from skipping it.

The way I adopted this habit is to make it a non-negotiable. This is a little trick I use when I have something I want to commit to. I tell myself it’s non-negotiable and no matter WHAT I will do it. For 30 days straight I was going to commit to 15 minutes of stretching. I found it had to happen first thing in the morning or I wouldn’t do it. So I just forced it, no matter how tired or groggy, for the first month I dragged my butt to the mat and stretched. Some days it was sad, short, and pathetic but I did it. After 30 days, it wasn’t necessarily a “habit” but it had been enough time for me to feel the change and impact of it. That right there was the motivation to keep going. So whenever I don’t want to, I remind myself how much better I’ll feel because of it.

The ONE chore I hate more than any other chore is laundry. I’ll do dishes all day long if I never have to touch laundry. So, again, I attacked it like I attack anything, and that is with a habit or routine. I told myself that I was going to take 10 minutes every morning to work on the laundry. Whatever needs to be done, whether it’s taking laundry downstairs, folding laundry, or switching laundry. Every day, I’m not going to let the morning go by without doing something for the laundry.

Certainly, it still piles up or I miss a few days, but this has made laundry so much more manageable for me. Now, instead of waiting a few days and thinking I’m gonna power through it all on a Thursday, I find that by taking 5 to 10 minutes every single morning, it’s something that’s always happening.

By cutting it down into little 10-minute segments every day, it’s far more manageable. Lots of times I will even end up adding another 10 minutes at the end of the day if I’m up for it.

Taking those 10 minutes in the morning gives me the tiny bite-sized pieces that I can easily chip away at every single day.

4. Focusing on Random Acts of Kindness

In general, I think I’m a pretty nice person. But I had a sort of aha moment in early 2022 that I could be even MORE intentional about being kind. This doesn’t have to be anything monumental. Some examples would be to look at someone and say hi when you pass them, chat with the cashier at the grocery store, drop off cookies for a neighbor, or send a text to check in with someone who you know has had a rough month.

I’ve previously talked about the book Everyday Ubuntu, but it explains the philosophy of Ubuntu which means “I am because you are.” It’s the idea that we are all deeply interconnected. It asks you to look outward, acknowledging the humanity in others, that every human is connected and equally valuable because of their humanity. Doing this can make a change in yourself and how you interact with people.

When you respect others, you are more likely to respect yourself. I’ve found that the more I focus on doing little random acts of kindness, the more it radiates into all aspects of my life. You feel better about yourself, and you’ll have more positive interactions with other people.

This last one was born from my first goal. When I began “manifesting,” I had to get honest with myself about my goals, which is something I often shy away from. I would always set small goals because I wanted to ensure that I didn’t fail.

When I started journaling about my goals, it forced me to get honest about what I actually wanted. By setting bigger goals, I have found greater success.

For example, a goal that I set for myself for 2022 was to hit one million subscribers on Youtube. Now this was a pretty big goal for me, and considering my channel is nine years old, there was a very good chance that I wouldn’t hit that goal.

However, having that goal and sticking with it, made it feel more achievable. As of now, I’m on track to hit this goal by the end of the year. I attribute that to the fact that a lot of the actions and decisions I’ve made this year were because I had that goal and wanted to see it succeed.

There you have it, those are the five habits I adopted in 2022 and the changes they’ve made in my life. All of these habits were pretty simple and probably take less than 10 mins per day. That goes to show how big of a difference little tweaks can make when repeated day after day. You are not changing yourself in a single day, you are just making small changes over time to get a little closer to what you want.