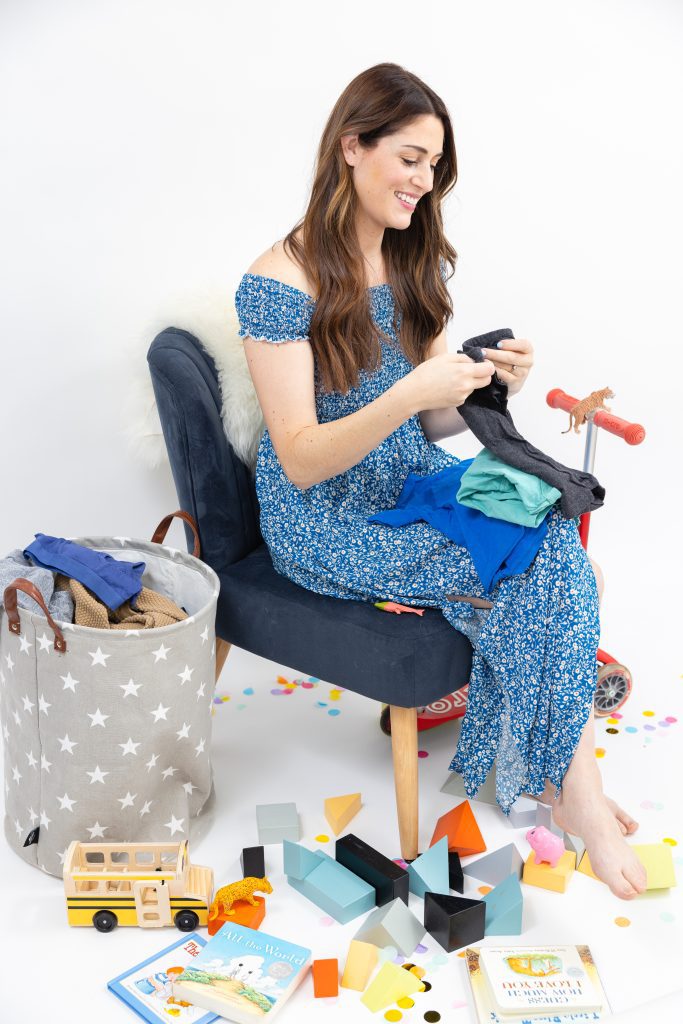 6 Types of Clutter (And How to Declutter Them)

When you start a decluttering project of any kind, the first thing most of us do is grab the stuff we know we don’t want anymore. Chuck the trash, toss the other stuff in the donate pile, and we’re off to a great start feeling like we have some great momentum. That momentum slows, however, as we get into the stuff that isn’t always as black and white. The objects that make you stop for a second and exert some mental energy. In my mind, there are six types of clutter, and here I’m going to break those down for you while providing some tips to deal with each one.

‘I Don’t Wanna Waste It’ Clutter

The ‘I don’t wanna waste it’ clutter, are items you have a hard time parting with because it just feels SO DANG WASTEFUL to let it go, even if you don’t actually need it. Sometimes, one of the hardest parts of learning to have less is the guilt of getting rid of some of the stuff you have. We’re all aware that there are landfills that are overflowing and plastics polluting our beautiful oceans. No one wants to continue to contribute to that problem. So, we have some items we don’t actually need but the idea of throwing them away seems not only wasteful but also immoral.

So, how do you deal with this clutter?

Try to rehome it. If it’s perfectly good, you can try selling it. Personally, I like giving things away for free or donating them because it tends to be much quicker. Saying we’re going to sell something and ACTUALLY taking the time to list and sell it are different things. Put it at the end of the road with a FREE sign, and you’ll be surprised how many people will happily take it off your hands for free. Donate it if you can. Pass it along to a friend who might need it, etc.

Even with all your best efforts, there will still be some ‘I don’t wanna waste it’ stuff in your home because, well, no one else wants it and you can’t donate it. So you have two choices here, you can keep it because you fear the guilt of adding to the world’s landfill. It will then remain your job to maintain, store, and inventory it. Or, you can chuck it, and take it as an important lesson the next time you want to buy something.

For me, the process of having to face some of the crap in my home I’ve owned and didn’t want or need, and then had to throw away, has made me A LOT more conscious of what I buy. I don’t want to accumulate more things I’m just going to have to add to the trash.

Aspirational clutter is the clutter you hold on to for a future version of yourself. Clothes you’ll wear when you lose weight, craft supplies you’ll use when you’re not so busy, or equipment for a hobby that sounds great but you can’t quite commit to.

How do you deal with this clutter? You have to have a heart-to-heart with yourself. Will you truly be using these items in the near future? If it’s clothing for when you lose weight, are you actively doing something to lose weight? If it’s something for when you’re not so busy, is your schedule going to be different in the next six months? Do you have something ON your calendar that requires that hobby equipment, or is it just a cool idea for yourself?

For example, my aspirational self has a garden, reads daily, cooks everything from scratch, and paints in her free time. REAL me, has two kids three and under, a full-time business, and a home to care for. I can’t be that full aspirational version of myself at THIS season in my life. I have to choose which ones are realistic for me. I would love to have a little easel with paint set up for daily art, but it’s not realistic in my life right now, and therefore not worth having.

Not to mention, as I’ve talked about before, your stuff talks to you. And if you’re keeping things for your aspirational self that you can’t realistically find time for right now, it’s going to be there reminding you that you’re failing at it. Seeing an easel would be a daily reminder that I don’t have time for art, which would be like negative self-talk every time I saw it.

I’m sure we all have some untended items in our homes right now. From where I’m standing, I can see a box with a dress I bought that I need to try on and a little box of furniture anchors I bought to anchor the furniture for our kids I need to install. These are things that NEED to be done, but for now, they’re just taking up space and adding to your clutter.

Firstly, don’t beat yourself up. LIFE IS BUSY. There is always something that needs to be done, you simply cannot do it all, all the time. But, you can be proactive in planning to get them done. Don’t let these things sit around indefinitely. Every Friday my husband and I have a little powwow and chat about the things we want to get done that weekend. We both share the to-dos on our list, so we can make sure we make time to do them. We actively plan to complete these little incompleted clutter tasks. And sure, sometimes it’s boring and not always what you want to do on a Saturday, but it always feels SO good when you accomplish something you needed to get done and can clear your counter of that incompleted clutter.

Another thing you can do is consider having an “in progress” storage bin. Especially if you’re someone who likes to craft or do little projects. Instead of leaving this stuff sprawled out on the table every time you work, you can easily pop it away into the storage bin and store it in a closet or on a shelf when not in use. The extra 5 minutes it takes to put it away when not in use will go miles toward keeping the space feeling more clutter-free.

I think this is my favorite one. It’s the ultimate free pass when it comes to clutter because you can apply that thinking to EVERYTHING! You can say “I just might need it” about literally every item. It’s such a simple roadblock. I have an entire video JUST about the ‘just in case items’ because they happen so much. You have to learn to be more selective or you’ll keep everything that’s just slightly useful. Try asking the following questions about these items:

This is the stuff you’re keeping because of the emotional connection to it, things like your kid’s artwork or a memento from a trip. There’s really no practical value to these things but they remind you of something from the past.

I am not against keeping some sentimental stuff. Maybe I’m just a sap. While I understand it’s just stuff, some stuff that’s connected to emotion, in my opinion, is okay. When it’s not okay, is when it’s causing too much clutter.

For example, I have a bin in the basement of sentimental stuff from my childhood through high school. It’s stored away, it’s not cluttering my space. It’s there if I want to see it, but not impacting the flow of stuff in my space. I also have this little ledge in our stairwell where I place rocks that my son gives to me. Yes, they’re just rocks, there’s no value to them, but they make me smile when I come down the stairs in the morning. So, I am not against some sentimental clutter when it’s not impacting the flow of your home. But when it is, it needs to be addressed.

If there is a way to par it down and store it away, do that. Get a big bin, label it, and stash away the most important things. If there are some sentimental items you want on display, find a few simple, non-intrusive places you can do this. Somewhere it won’t take away from a workable, liveable space. And, if there are some items where you can allow yourself to hold on to the memory and detach from the item, that’s good too. Not every single sentimental thing is worth keeping, so understand that letting go of the item doesn’t mean letting go of the memory associated with it.

Here we’re talking about things passed down to you from family, things inherited from those who have passed away, and gifts from friends and family. These things can be hard to part with because we don’t want to disrespect anyone, either your family or the gift giver. It’s likely you have something tucked away in a drawer simply because getting rid of it would be, well, awkward.

If it’s a family item you can ask others in the family if they want it. If they don’t, and you don’t, does it need to be housed? Can you keep it digitally? Can it be remade into something else? Could you photograph it and keep a photo, which is much smaller?

If the item is gifted, many of us hold on to it thinking the giver may expect to see it in our home. In reality, it’s often not, and even if they do, that expectation isn’t fair to you. A gift was given to YOU and should be yours to do what you want with. So if you want to give it away to avoid it cluttering your space, that’s your right. Most gift givers wouldn’t want you to keep something that was causing you extra work or stress anyway.

There you have it, those are the six kinds of clutter that I think we often see as roadblocks when we’re decluttering. Hopefully, these tips and tricks will help you work through them as you come to them the next time you’re decluttering!