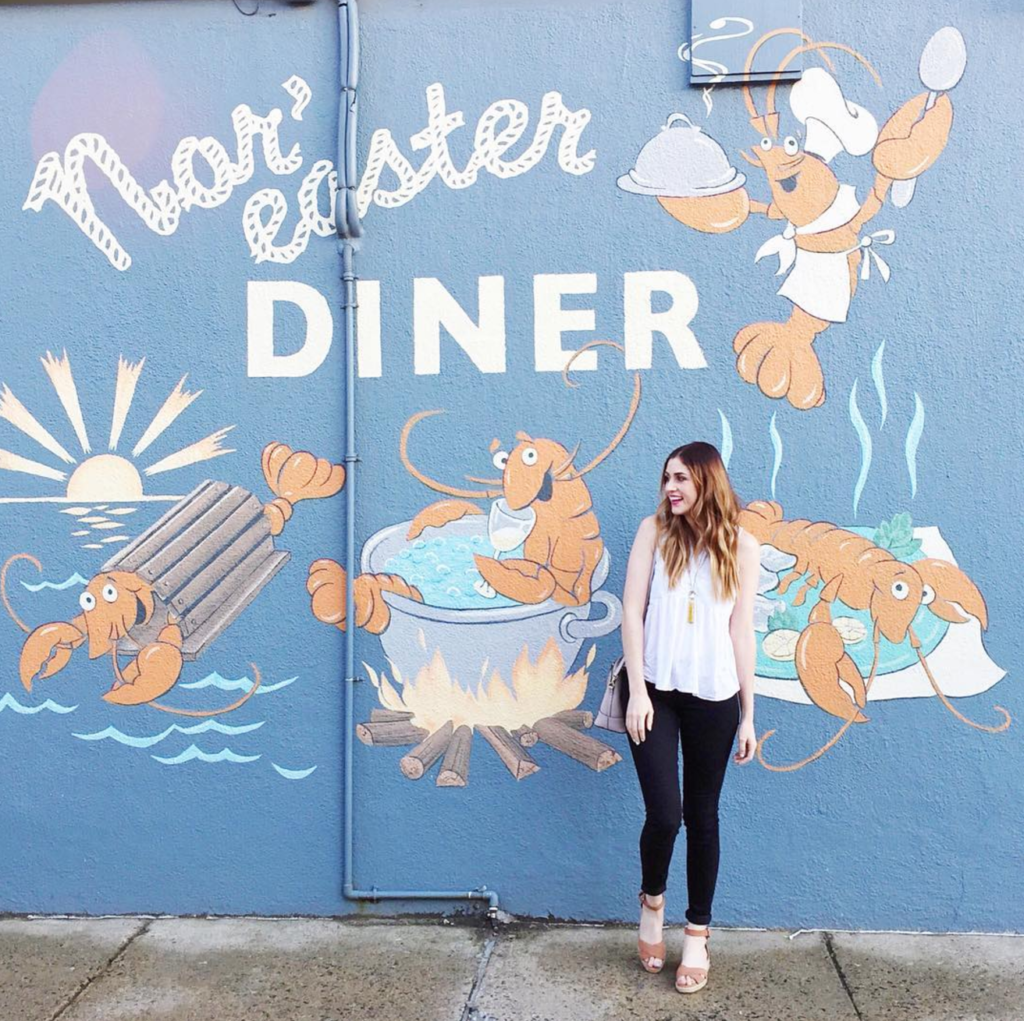 How to Find and Use Local Hashtags on Instagram 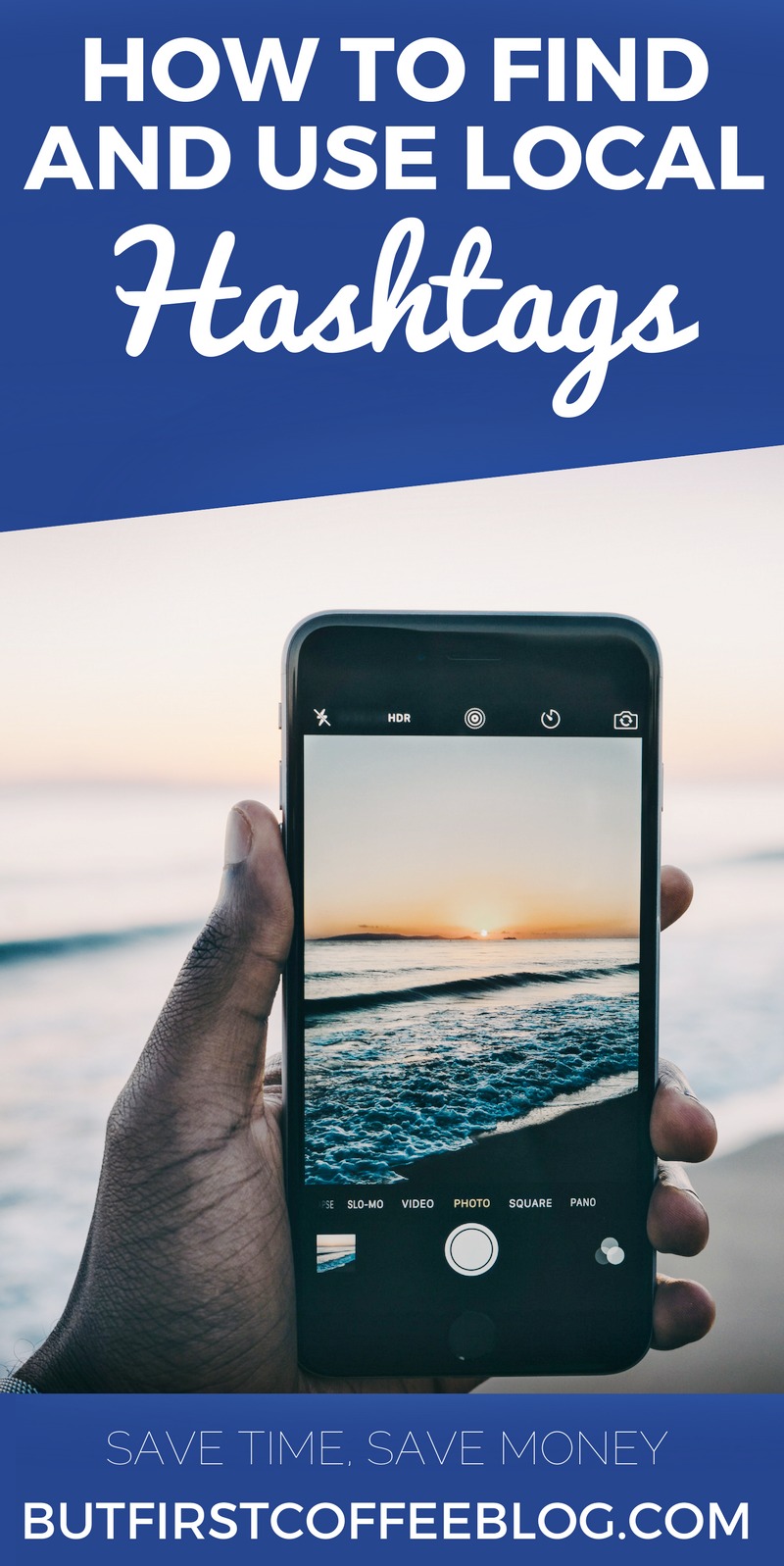 A few weeks back, I posted an article over on Caffeinate and Conquer about why you should consider localizing your blog. In short, I discuss how as a blogger you essentially have access to the entire world as your “prospective audience.” This exposure to such a large audience is obviously thrilling, exciting, and…well…crowded.

With influencers popping up every minute, finding a way to stand out in the crowd can feel impossible. Click To Tweet

By positioning yourself locally with hashtags and geotagging, you immediately shrink the size of the pond you’re swimming in – making it a lot easier to stand out. Instead of trying to reach everyone across the entire world, you’re focusing your efforts on standing out to people in your state, region, or city. While there may be fewer people in your state than in the entire nation, it means it’s less crowded for you to get your posts out there.

By positioning yourself locally w/ hashtags, you immediately make it easier to stand out. Click To Tweet

The Benefits of Using Local Hashtags

As I discussed above, using local hashtags means your fishing from a much smaller pond for views, like, and engagement. This makes it easier for your content to get found.

Establish Yourself in Your Community

When you start using local hashtags you’ll notice you will start making more connections within your local community. Since I’ve started being more “local” on my ‘gram I’ve noticed an increase in my audience who is from my surrounding area. They are able to connect with me because we are from a similar area. They are interested in following my journey because the location is relatable.

Not to mention, I’ve seen an increase in a number of local businesses who seem to engage and interact with me as well. As an influencer, this has secured me some sponsored deals. I have been invited to more local events, contacted by more local brands, and worked with local restaurants.

How to Find Local Hashtags

Start with the Basics

In general, there tend to be some standard hashtags that are the same from location to location. For example, as a blogger, #STATEblogger is really standard. So for my state, Connecticut, it’s just a matter of taking a look at #CTblogger and #ConnecticutBlogger, and seeing which one most local bloggers seem to use. It’d be the same for all other states. If you live in a larger city, you could even go for the city name instead such as #NYCBlogger or #AustinBlogger

Other popular, generic ones might be things like #STATEphotographer, #STATEgram, #igersSTATE, #iheartSTATE, and #visitSTATE. Just make sure to try both the entire state and the abbreviation to see if one is used more.

As you’re looking up some of the above, take a look at the “suggested” tags that IG will offer up. This can be a great place to find new hashtags you might not have found. These suggested tags only show up when you’re using IG on your phone.  You’ll see them along the top when looking at the photos inside a tag.

Check out Other Local ‘Grammers

At this point, we’re diving pretty far down the Instagram rabbit hole. You’ve likely landed on some other awesome local accounts, so always take a second and look at what tags they are using, and take notes of good ones. This can be some of the best places to find local specific tags.

Look at Local Accounts that Repost

The next thing you want to keep an eye out for is local accounts that will repost images. These accounts usually have a hashtag associated with their account people can use to get featured. Not only is this a great hashtag to use for exposure, but if you get reposted then all the better!

-These accounts might be things like local food accounts.  Try checking for #STATEeats #STATEbites #STATEfood and seeing where that gets you.
-It might also be for local news stations.  Try searching to see if any of your local stations have accounts.
-You can also look for travel accounts that are about your location, maybe the Office of Tourism or a travel account.

Depending on where you are, check to see if the specific location you are in has a unique hashtag. For example, in Connecticut I might include Connecticut hashtags, but if I’m down by the shoreline I might also use #ctshoreline or even a hashtag of the specific town I’m in. Up in our state capital, there are hashtags such as #HartfordHasit that are specific to that city. Sometimes even smaller towns have their own unique hashtag that’s popular and thriving.

This also refers to restaurants or businesses where you are. You can usually find this by checking to see if this business is on Instagram.  Then check a few of their pictures to see if they have their own hashtag.

This one doesn’t relate directly to hashtags, but while we’re on the subject you want to geotag your location as much as you can to gain more exposure. I will usually geotag the town I’m in, or drill down more to the specific location if it has a lot of posts. For example, if I’m at a store that only has 10 posts on its geotag, I might geotag the town instead. But, if this store has hundreds or thousands of posts, then I’m going to tag the specific business location.

There you go! Those are some of my best tips for utilizing local hashtags more so you can stand out in the crowded world of Instagram. If you’re interested in doing the same for your blog as well, you can check out my post about how to make your blog more local. While you’re at it, if you’re also from Connecticut, or just interested, I also did a roundup of the MOST Instagrammable places in Connecticut.