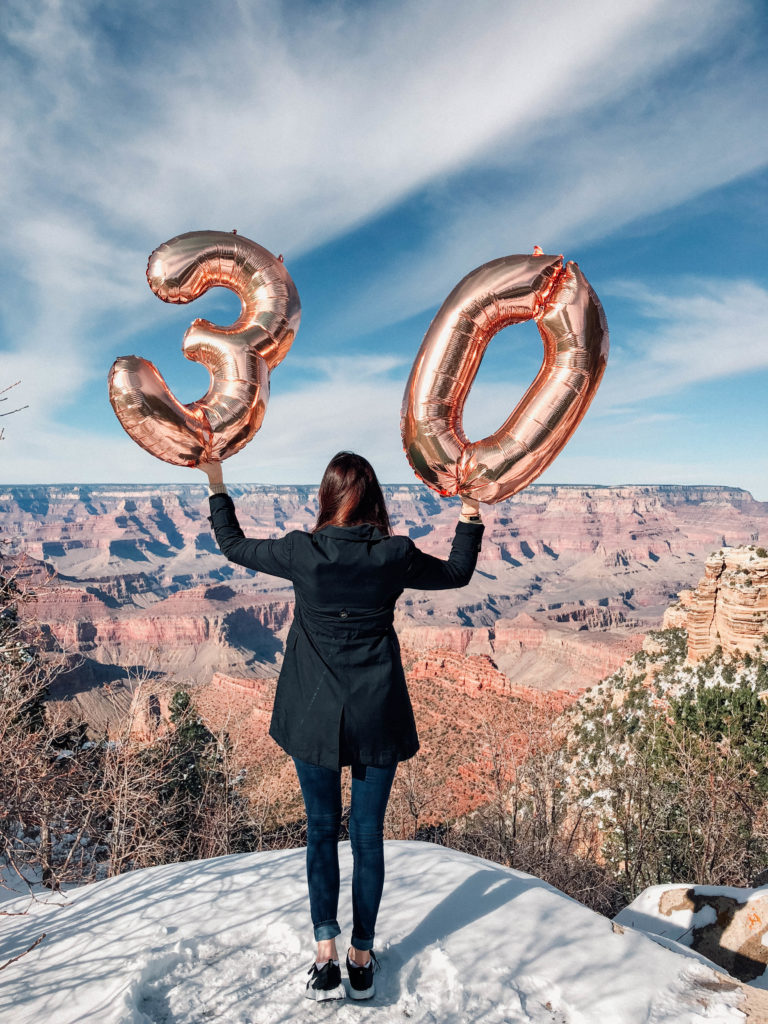 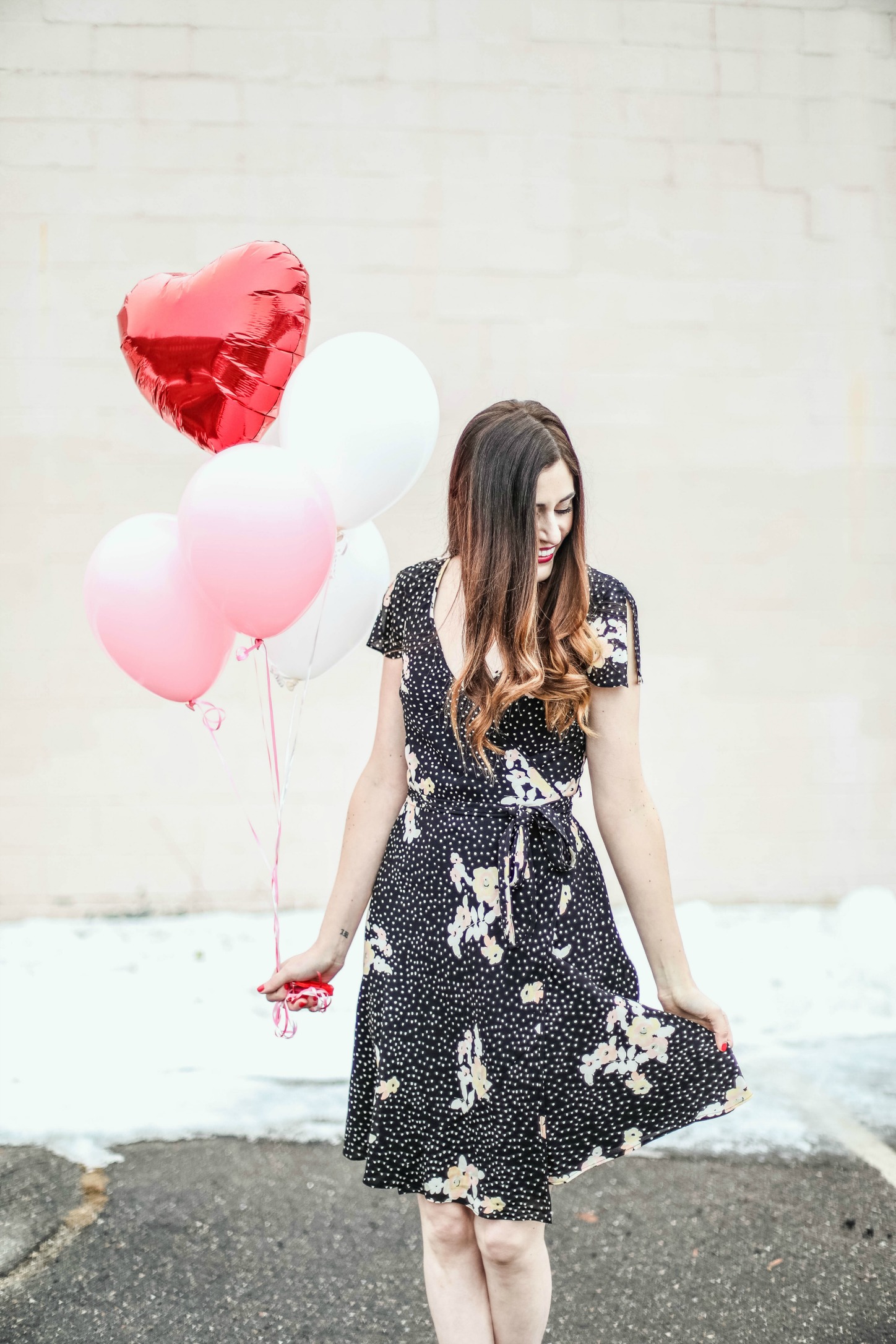 Ya’ll, Happy Birthday to ME! Yesterday I turned 30 years old. Yep, the big 3-0. I reallllly feel like I should feel different but I don’t. And, I guess that makes sense because change doesn’t happen overnight. Change happens slowly over time. Mistakes teach us lessons, experiences change us, and life lessons give us wisdom.

In true blogger fashion, it seemed a shame to turn 30 without reflecting back on some of the biggest lessons I learned in my 20’s. So, I’m going to focus on some of the big-time lessons that didn’t just teach me something but changed who I am going into my 30s.

I have to be honest. I’m kinda pumped about my 30’s. I feel like 30 is going to be some great years. I’ve grown from the lessons of my 20’s but still have a lot to learn and experience. 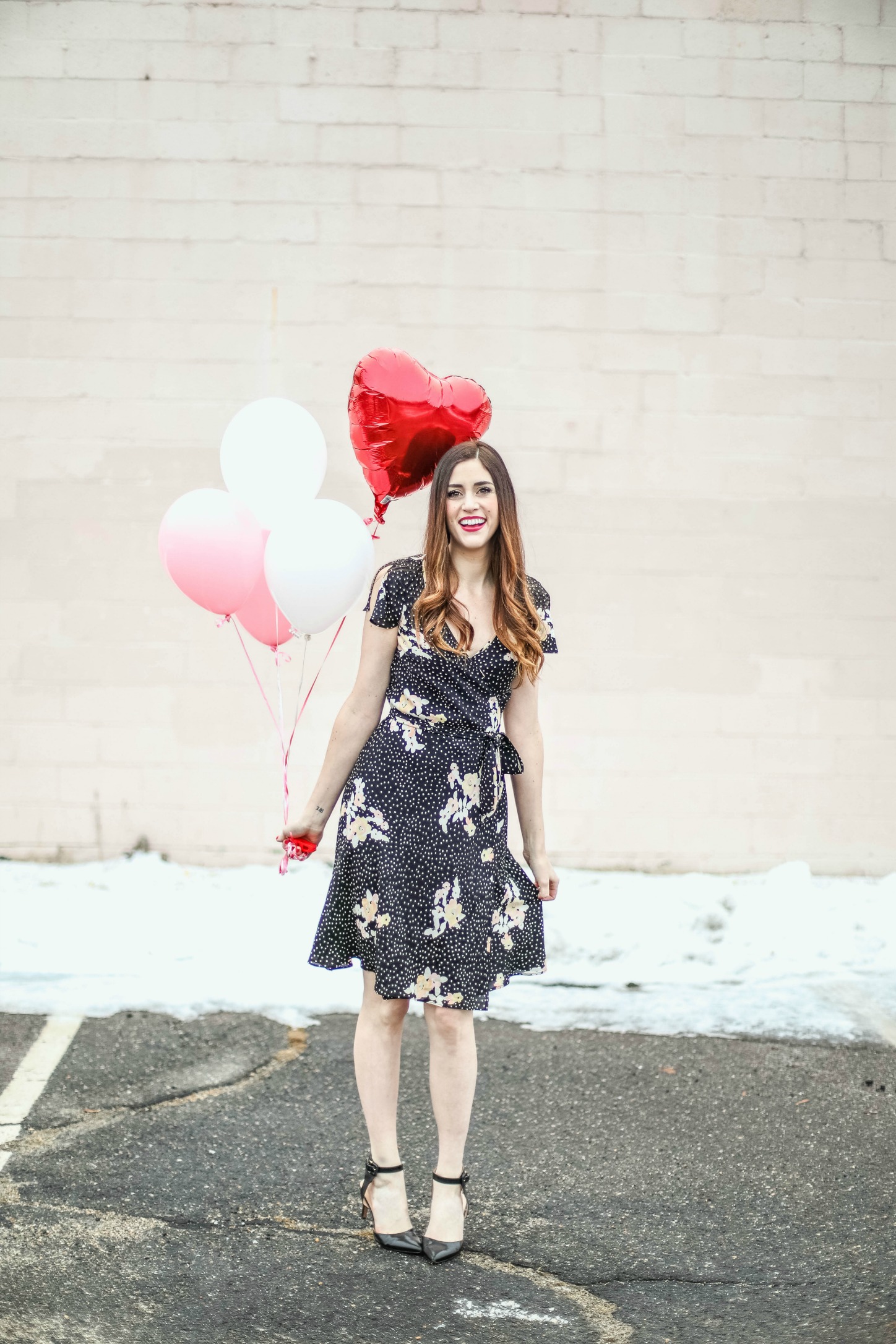 Be who you want, not who you think other people want you to be

One of the biggest lessons I learned in my 20’s was to be true to myself in all aspects of what I do. I talked about how I learned this lesson when it came to the content I created here on my blog and on my YouTube channel. But, this also followed over into my everyday life as well.

I’ll give you an example. This last week I was talking to someone at a conference I was attending and mentioned I had just come from visiting the Grand Canyon. “Did you camp there?” she asked me. Younger me may have assumed she was asking since she was a camper herself and might have told a white lie to fit in of “oh, we wanted to but it was too snowy,” or “we didn’t have time.” But, I’ve learned I have zero want to pretend to fit in anymore or be who I think other people want me to do. So, I responded, “No, I’m not a camper. I like beds.” Listen, maybe this answer doesn’t make me hip and spontaneous and outdoorsy, but it’s true. I don’t like camping and I’m not going to pretend I do. The best part is she laughed and said, “Me either!” So, instead of us both awkwardly pretending we like to camp, we were both able to be our true and honest self!

I’ve actually seen the similar conversation play out a billion times in the past year or too. We often have this feeling that we need to be who we think the person we’re talking to wants us to be instead of just being ourselves. 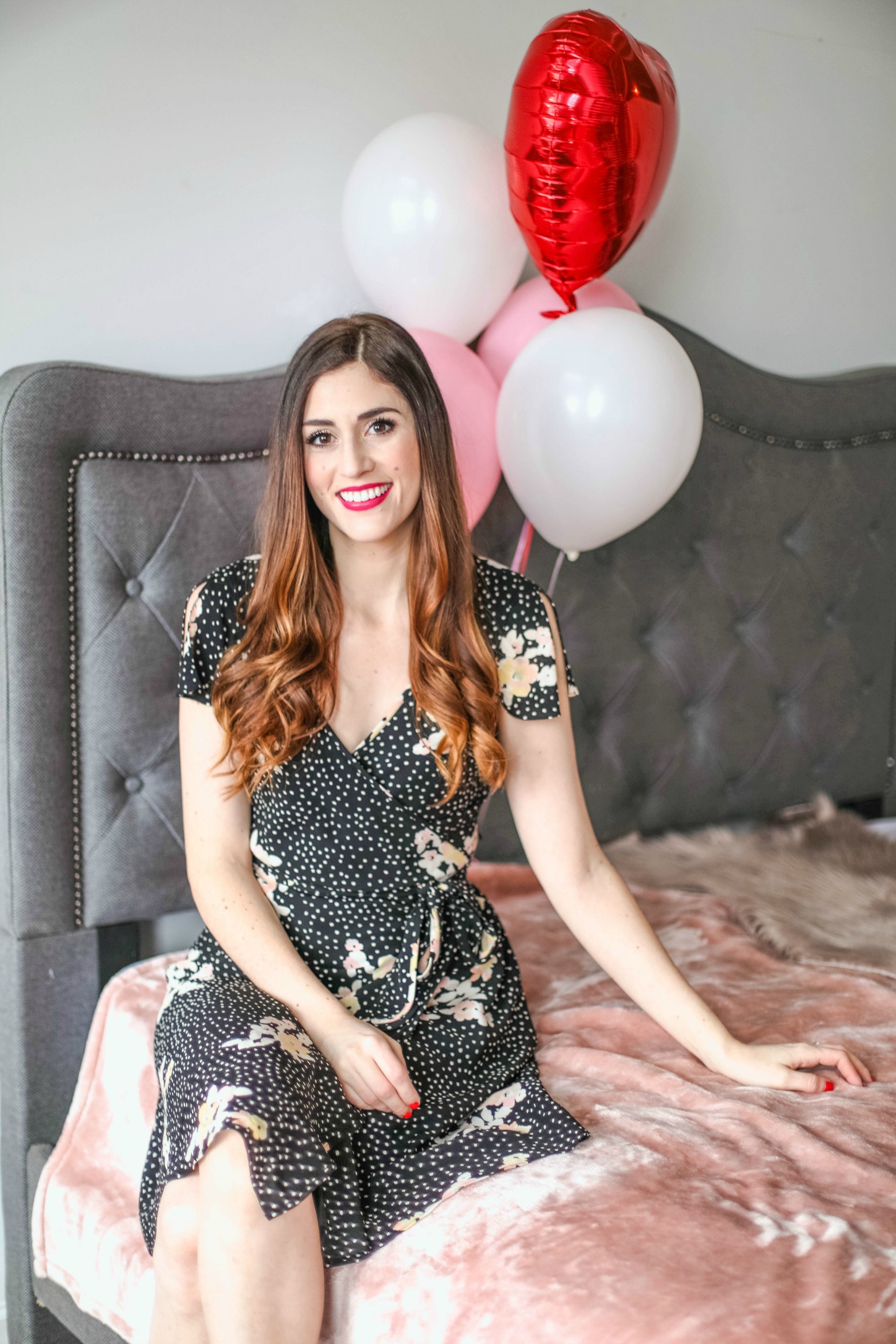 Yes is good….but sometimes saying “No” is just as important

Saying YES is important. It’s good to say yes to new adventures, to try new things, to be open to new experiences.

But, there’s such thing as too much yes. Saying yes to everything can leave you overscheduled, overbooked, and utterly stressed out. Working in blogging and creating YouTube videos, I get a lot of emails (as you can imagine). Brands that want to work together, restaurants inviting you to visit, PR companies hosting events, Etsy shops…the inquiries are abundant. It’s hard to say no to many of these things. Not only are the events and products things you want to try, but you also want to help other small, growing businesses.

There is such a thing as too much yes. Saying yes to everything can leave you overscheduled, overbooked, and utterly stressed out. Click To Tweet

But, saying yes to all these things, or even a selected few can leave me with too many things on my plate for a single week. I have become more aware of how precious my time is and have learned I sometimes need to be selective about how I spend it.  This means saying “no” to some offers, events, and outings. Feeling empowered to say “no” has made me a happier person – not to mention more organized and relaxed. 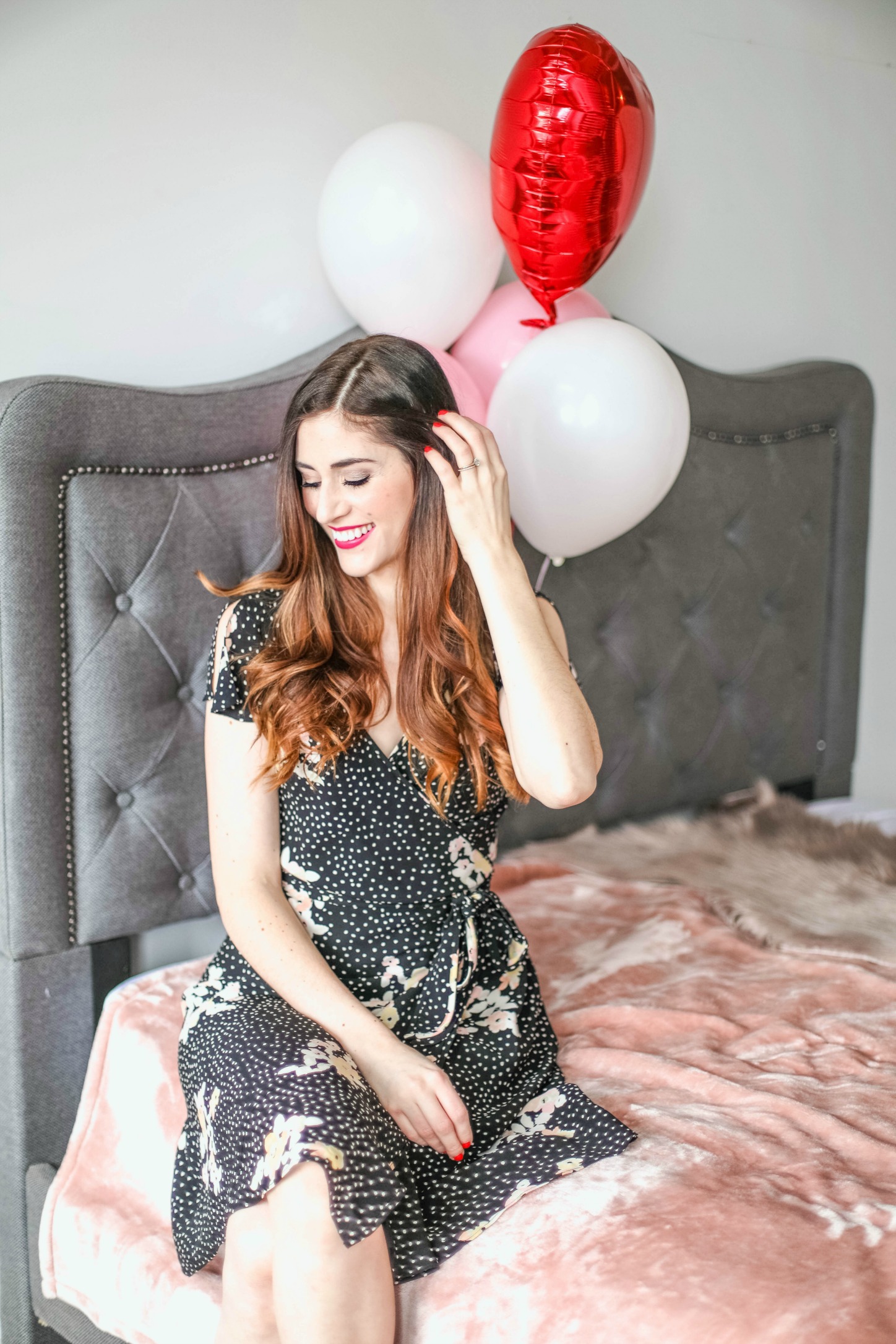 How to create (and stick to) a budget

2017 was the year my husband and I truly learned how to create a SUCCESSFUL budget. Not that we never had budgets before, but they were never strong enough to push us forward financially to where we knew we should be. But, the cumulation of my 20’s is what gave me the lessons and experiences that I needed to do it.  I made financial mistakes in my 20’s – abundant mistakes (post on that coming soon.) But just like all mistakes, I used them to learn and improve which allowed me to be where I am now.

Spurred on by a strong desire to finally buy a house (which was spurred by the fact that we finally knew where we wanted to settle down), Michael and I knew it was time to buckle down and buckle down we did. I wrote a whole post about How To Set A Monthly Budget, where I outline all the things we did to finally create a budget that was successful from how to analytically look at the money spent every month, find realistic places you can cut, create attainable goals, and finally start saving money.

We’ve since paid off all our credit cars, my car loan, and are inches away from being college debt free, too. It’s amazing what you can accomplish when you admit where you’re making mistakes financially and take steps to improve it. 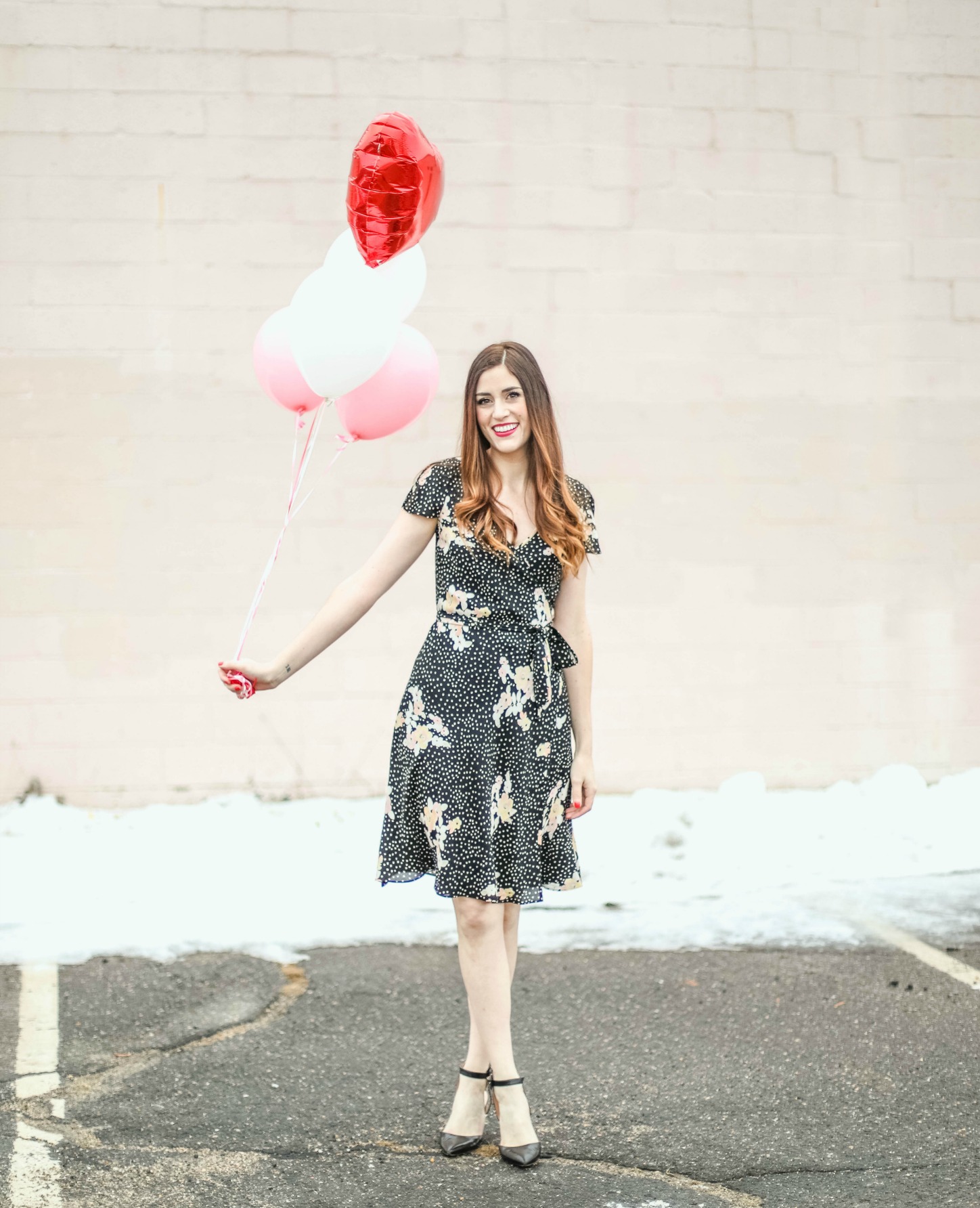 The importance of staying home

Lesson four of making a budget kind of led into lesson three. One the first things we had to cut from our budget was our “going out” spending. Not just going out to eat, but all the little costs that add up when you go out on a Saturday to run some errands. It starts with a coffee, then you pop in Target, maybe you need to make a stop at Marshalls, then it’s time for lunch….see where I’m going here?

The first month of our budget we challenged ourselves to $50/weekend of spending money to get into the habit of cutting back. It wasn’t easy, but it allowed us to get creative with our time and our money. We found ourselves spending a lot more time at home which at first was hard, and finally turned into something we love.

In this day and age, with our constant access to social media and our little windows into everyone’s life, it can often feel like we’re the only ones in the entire world that aren’t doing something fun. Because of this, everyone has a growing fear of missing out. We all love to go out, take day trips, constantly travel, and overall just be always busy all the time. Many people shudder at the thought of staying home for the weekend. A Saturday night without plans can literally send people into a minor anxiety attack.  But, does that mean that enjoying simple moments means you’re lacking living life to its fullest? Does it mean opting to stay in on a Saturday night instead of trying out a hip new restaurant means you’re missing out on life? Are you selling yourself short if you spend your Sunday home working on a DIY project instead of brunching with your girlfriends followed by a trip to the beach followed by Happy Hour?

In our challenge to stay home more, I actually found how much I adore my time at home. I find I have time to work on the at home projects I want to, even if it’s something as simple as to “finally hang those photos” or “organize under the sink.” It’s also allowed us to enjoy smaller, simpler moments. Where before we felt like we had to go out to enjoy ourselves, now we are happy to sit out in the backyard and watch the dogs play, or play a board game at the table after dinner.

I shared all the Benefits of Staying Home More, in a post earlier this year. So many of you responded to it telling me that it’s helped encourage you to enjoy spending more time at home, and I’m so glad!

We’ve heard it a MILLION times that “if you fail try and try again,” or that “failure is a chance to make mistakes.” But, words are just words until you live it. One our flight home from California this weekend Michael and I overheard this guy on the phone going on and on about his new start up. Michael said to me, “take a look at him, I bet he’ll be the next Mark Zuckerberg.” “I don’t know,” I replied, “right now he’s talking about how his company is floudering.” “Yea,” Michael said, “but those are the people who are successful, the ones who fail and keeping trying.”

It’s SO true. When you look at the most successful people they all failed a lot but never let it stop them. Bill Gates, Joy Mangano, Walt Disney, Thomas Edison, literally the list goes on forever. Either people didn’t believe in them or they failed at something (a lot.) But, what sets them apart is they didn’t let the failure define them. They believed in their passion enough to know it was worth it to continue to persevere.

When you look at the most successful people they all failed a lot but never let it stop them. Click To Tweet

It’s easy to understand this concept – that failure can lead to success. But, until you actually fail at something and it allows you to learn something new you can’t truly understand it. 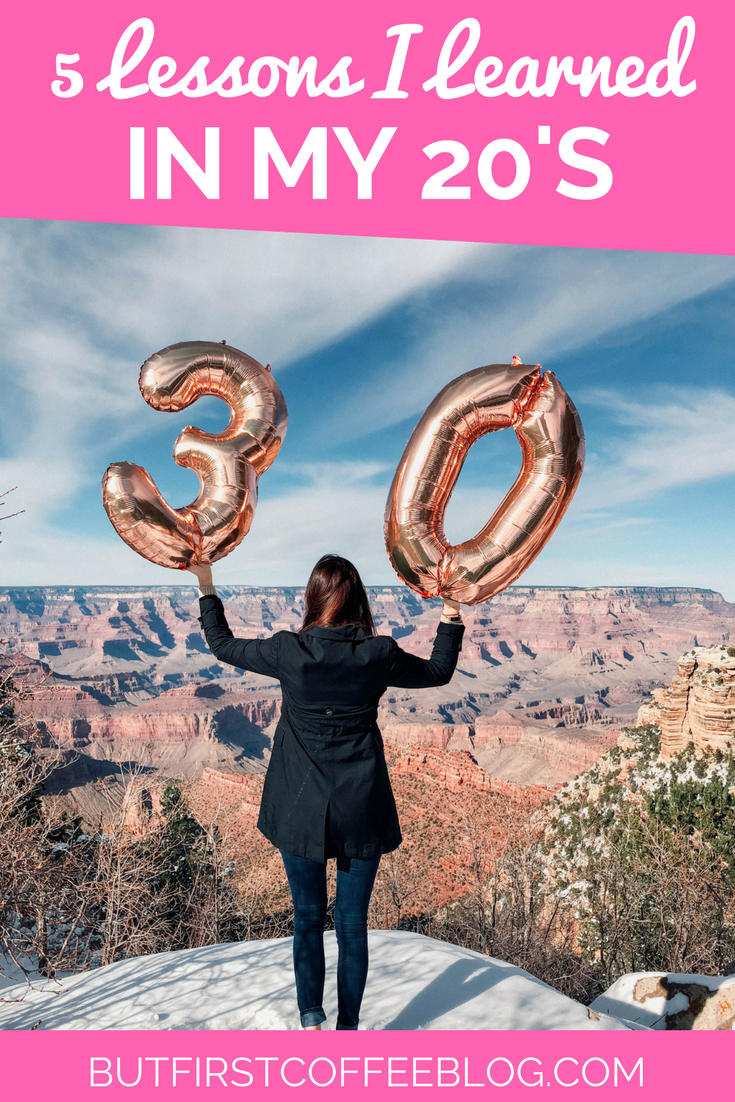 There you have it. These are the top 5 lessons I learned in my 20’s. I think the most important thing about these lessons is that they were all spurred by mistakes I made. And, really, that’s what it’s all about. Making mistakes, learning from them, and growing.