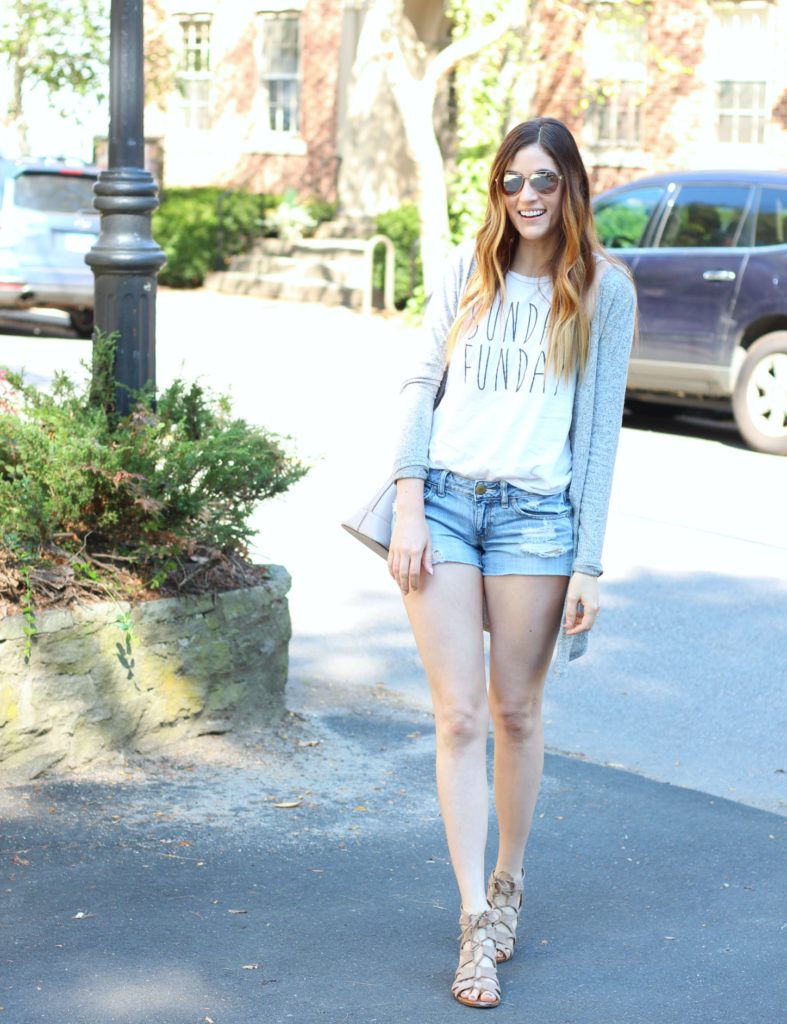 We love to be busy.

Busy is the new normal of our generation. What is it that has catapulted us into a constant state of perpetual motion? It’s hard to know exactly. Transportation has become increasingly easier over the last 100 years meaning getting pretty much anywhere is possible. Then, add in the invention of the internet that allows us to have access to the entire world at the touch of our fingertips. We have immediate access to pretty much everything.

This also means we can now get so much more done than we ever used to. We can listen to a book while working out, we can reply the emails while standing in line at Starbucks, we can chat with one friend while waiting on another friend to arrive for happy hour (or, we could chat with 4 friends at once.)

On our phones alone there are endless items that are all there to take our attention. Attention, in fact, has become the biggest commodity there is. The longer someone can keep your attention, the more money they will make. That’s why Netflix auto-plays the next episode of The Office for you, why Facebook shows you “things of interest” that you’re not even following, and why Instagram has the elusive algorithm we all complain about but that was designed specifically to keep you scrolling longer. If that’s not bad enough, our apps all have their glaring red dots, indicating all the important notifications we’re missing on each app.

Busy is the new normal due to the fact that attention has become the biggest commodity there is. Click To Tweet

On top of all of this, social media has allowed us to see so much more of the world than we had before. And, like I talked about in my post about staying home more often, this connection to the rest of the world is amazing. But, this bombardment of other’s lives and their constant travels, adventures, and night outs, etc also makes us feel like our own life in inferior. This feeling drives us all to want to pack every minute of our day – living life to what we assume is “the fullest.” 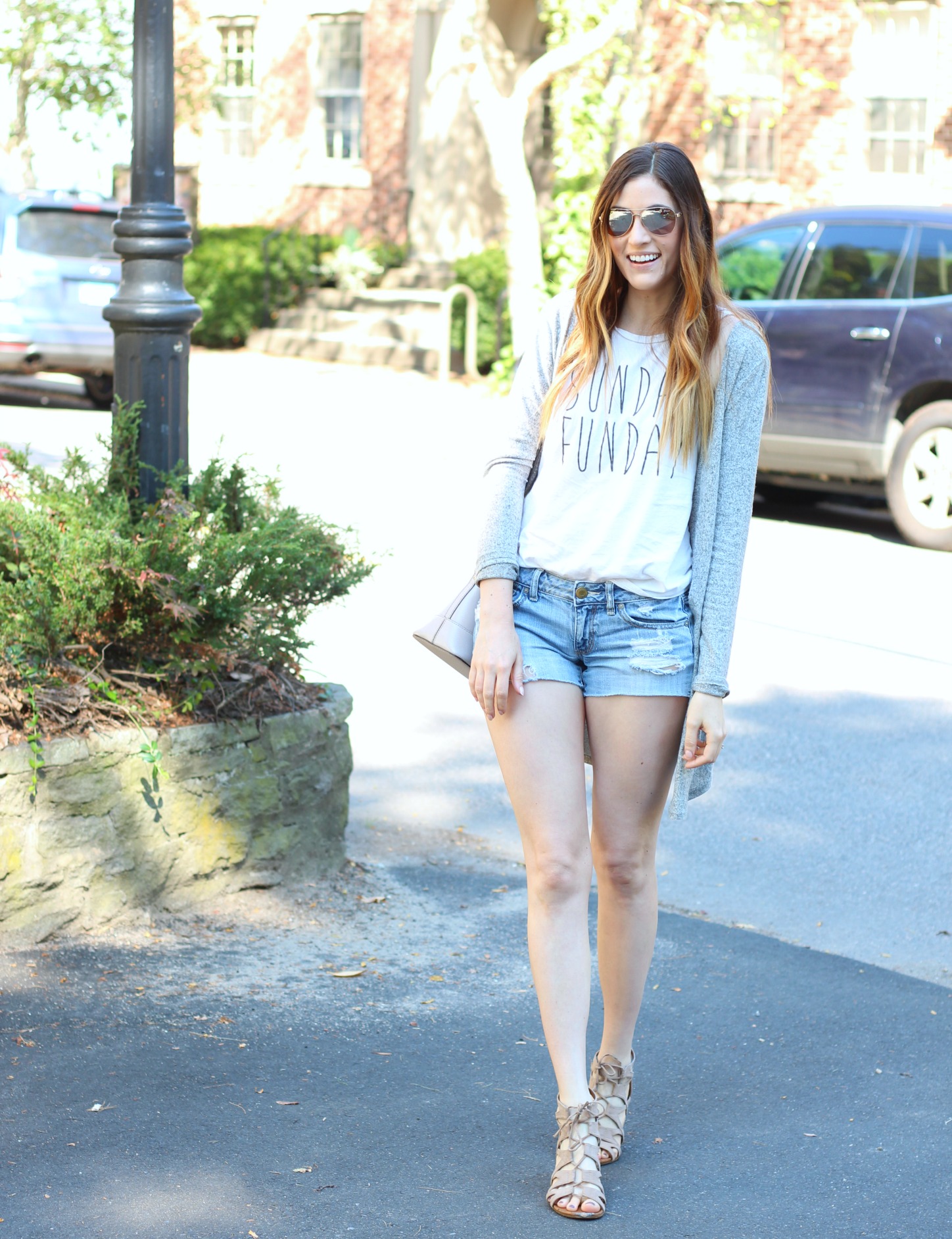 The combination of these things has led to to the place we are now. A place that’s almost devoid of boredom.

What will a world without boredom look like? What will the future look like if children grow up and are never bored? If teenagers never sit on their sofa declaring to their parents, “I’M BORED!”

I was listening to a podcast of a Ted Talk by Manoush Zomorodi about this very subject. Why I was listening to it was to avoid the boredom of driving to work (more on that later). Either way, she was also curious about this same question of boredom, and what a world without it might look like. She, she first turned to science.

The first thing she learned was the importance of being bored.
She learned that when you get bored you ignite something in your brain called default mode. The default mode is like autopilot. It’s what happens when you’re completing routine tasks like driving home or washing the dishes. Even though we feel as if we’re coasting, this is actually when our brains get busy. When your mind is allowed to enter this default mode and wander, it allows you to dip into your conscious (and even deeper into your subconscious) allowing different connections to take place. This is what allows us to work through issues, solve problems, and set goals. Essentially, being bored allows us to be more creative, come up with solutions to our hardest problems in life, and create goals and aspirations for our future based on things from our past.

Being bored allows your brain to enter default mode where it can actually be its most creative and solve your hardest problems. Click To Tweet

Next, she looked at the latter, and what the impacts of being constantly busy were.
From speaking to a neuroscientist she learned to in order for us to shift our attention from one thing to another (such as multitask) it requires your brain has to make a neurochemical switch that uses up nutrients in the brain. So, while you think you’re answering emails while watching TV and attempting a conversation with your husband, you’re not actually multitasking, but instead your brain is constantly moving from one task to another rapidly. This act of constantly switching back and forth is depleting your brain of neural resources. Each switch uses up valuable glucose, protein and other resources in your brain.

What are the benefits of being bored?

Solve Problems
When you’re bored, your brain goes on autopilot allowing it to get busy, forming new neural connections allowing you to solve problems by connecting ideas. A study was done where “researchers asked a group of subjects to do something boring, like copying out numbers from a phone book, and then take tests of creative thinking, such as devising uses for a pair of cups. The result? Bored subjects came up with more ideas than a non-bored control group, and their ideas were often more creative.” (via Wired)

Boost Creativity
A typical event of being bored is daydreaming. This daydreaming often leaves to creative thinking that allows us to achieve ingenuity and come up with creative solutions to problems. Studies have found that as society gets more busy, we’ve actually had a decline in creativity. “Psychologists have found that America is experiencing a creativity decline, with scores decreasing each year since 1990 (even while IQ increases).” (via Greatist)

Reduce Stress
Allowing yourself to be bored gives you a break from the constant juggling act of multitasking, which alleviates stress. Not to mention, taking a break from cellphones has been proven to reduce stress. (via Huffington Post)

Save Money
When we stop glorifying the pursuit of busy, we allow ourselves to slow down. While we can still make time for adventures, trying new things, and living a fulfilled life, we can also feel empowered to say “no” sometimes. We don’t have to attend every event, try every new restaurant in town, and fill every moment of our weekends. Not only does this have other benefits talked about in this post, but it’s also going to save you money.

When we stop glorifying the pursuit of busy, we give ourselves permission to slow down. Click To Tweet

Better for Your Brain
Like I mentioned, multitasking too much uses up valuable neural resources. By forcing yourself to stay on a single topic longer, you’re not depleting your brain.

Become more Self Aware
Part of what happens during that “default mode” I talked about previously that your brain enters when you’re bored is something called “autobiographical planning.” This is, as Manoush Zomorodi explained in her Ted Talk, “when we look back at our lives, we take note of the big moments, we create a personal narrative, and then we set goals and we figure out what steps we need to take to reach them.” This reflection time is really crucial for us to better understand ourselves, make sense of experiences we’ve had, and set the right goals for our future.

How to Be Bored?

So, you might be intrigued and willing to allow yourself to find some time for boredom. Now the question of “how” arises. In an age where busy is glorified and everyone is clamoring for your attention, how do you find time to be bored? Here are some ways I do it.

Unplug
Have dedicated “unplug” time. Get outside, go for a walk, visit a farmer’s market, work on a craft, paint. Just find some time to leave your cell phone behind and unplug. Whether you turn the phone off, leave it in your bedroom, or have to lock in a closet… give yourself chunks of time every week where you’re not near it or using it.

Reconnect with nature
Does anyone else remember when you were a child and you used to spend hours outdoors? I remember spending endless afternoons at my neighbor’s house playing in the dirt and running through the grass. Or spending hours out on the docks in Maine trying to catch little crabs with pieces of hot dog on a string. Or summers at my childhood friend’s house when we’d lay out on the trampoline at night and make up our own constellations and the stories that created them.

I think it’s easy to lose that when we get older. We become too busy to slow down a appreciate the clouds or sit out under the night sky in complete silence for more than 60 seconds. Find ways to force yourself to have those moments. 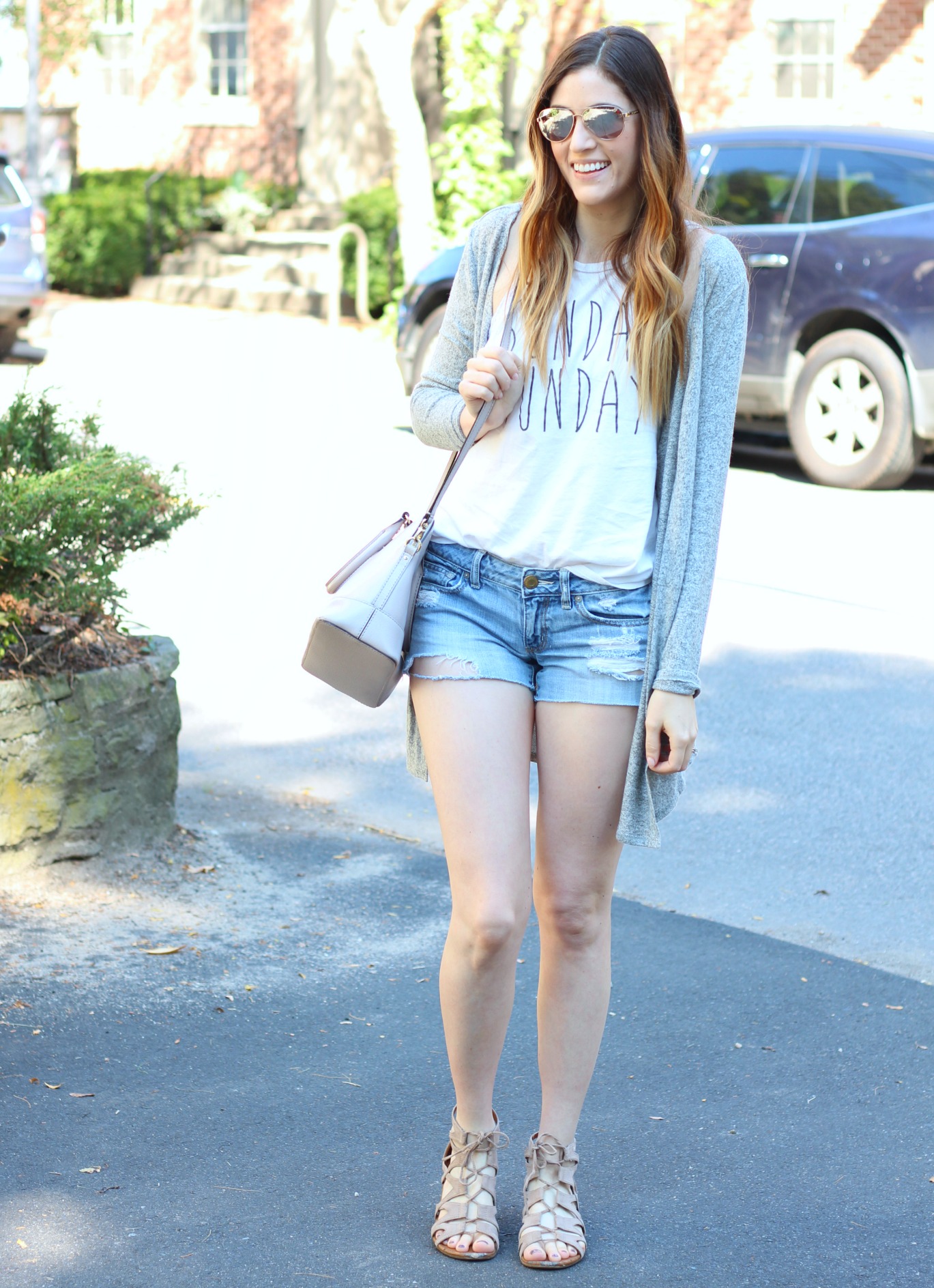 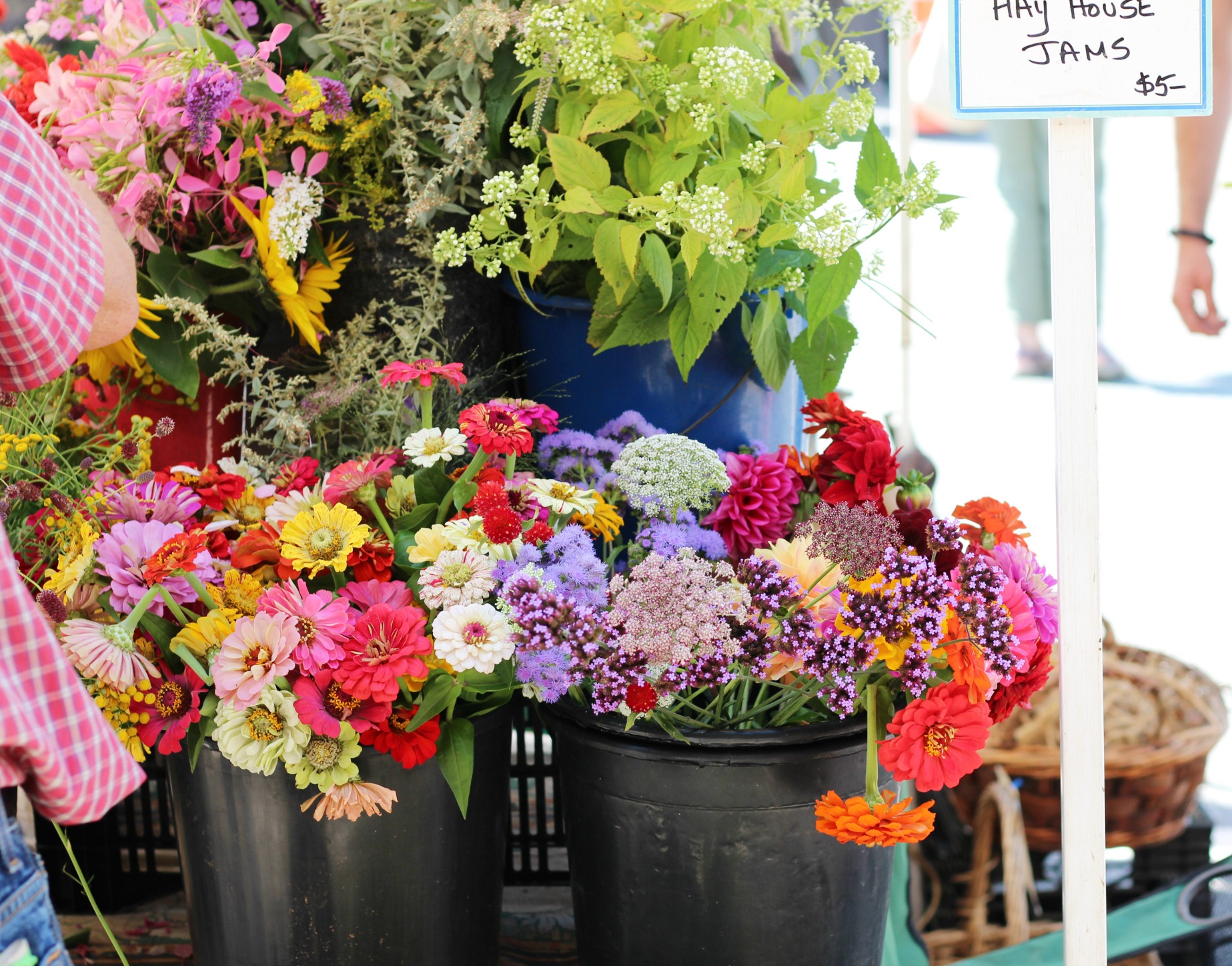 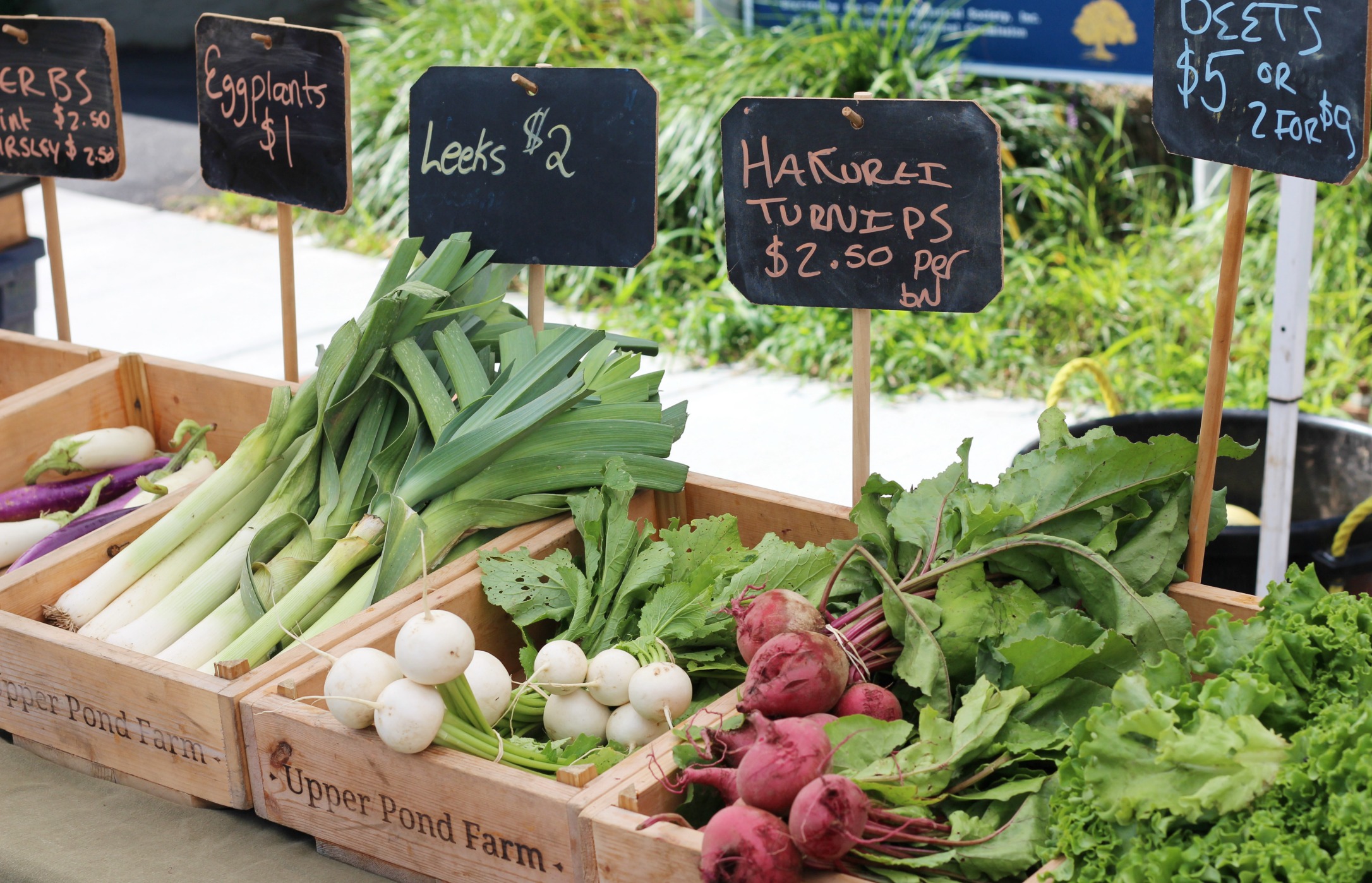 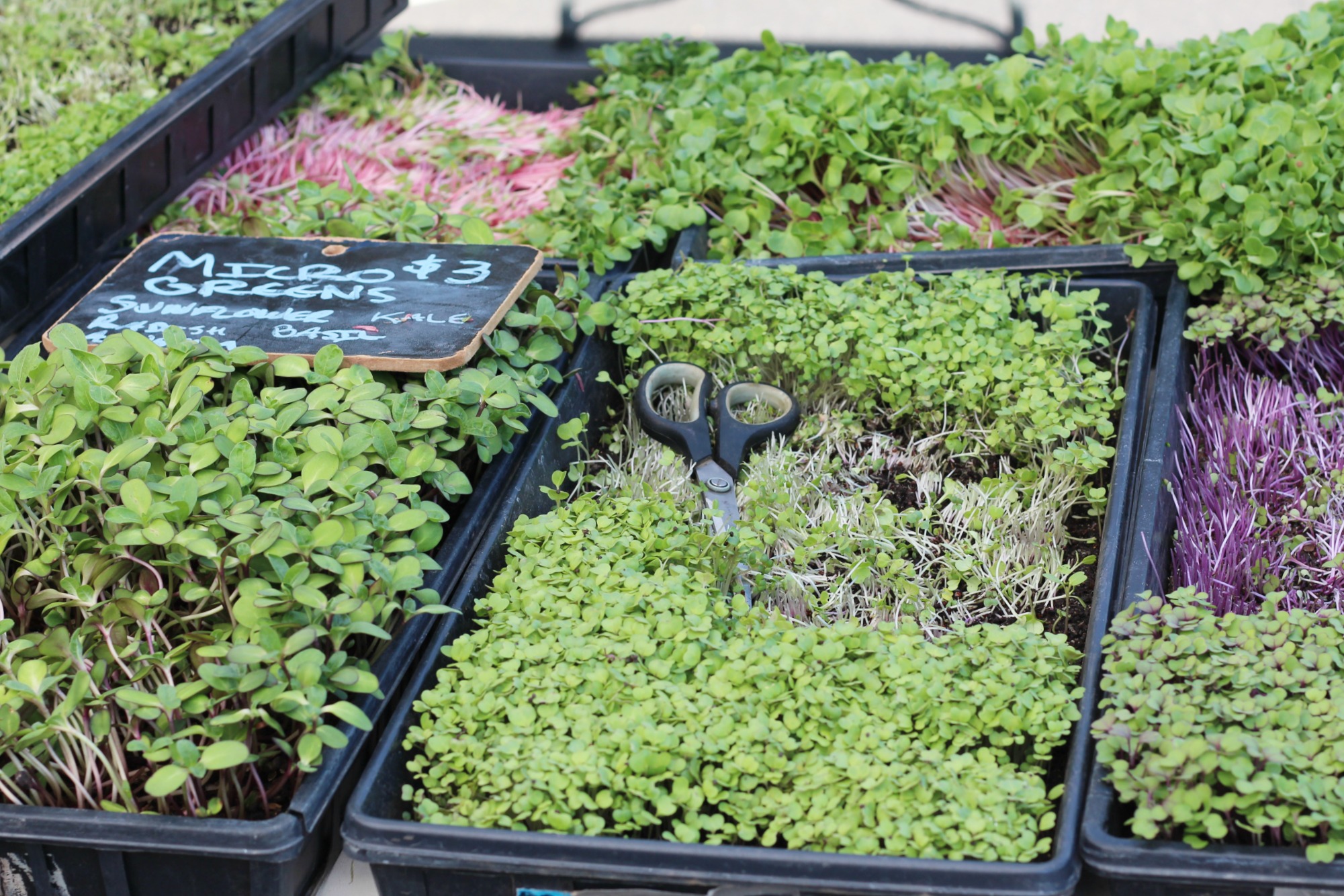 Drive to work…in silence
I started driving either to or from work in silence. I was spurred to give it a try after listening to the podcast “Quiet” on the Ted Radio Hour. My drive takes about 20 minutes, so it’s a solid block of time where I have no distractions. The drive is one I’ve done a ton of times and my brain goes into autopilot. At first, I was a little difficult. I was constantly reaching for my radio on instinct or thinking I could “finish that audiobook” or “catch up on today’s news.” But, now I’m used to it and love my 20 minutes of quiet each day. I have found I work through a lot of problems, come up with solutions, and typically arrive at work with a more organized head.

Lose the headphones
There are so many tasks I used to rely on headphones for. I’d listen to music while getting ready in the morning, have a podcast playing while I walked the dogs, or turn on a book on tape while the cleaned the house. While I still plug-in to listen while I complete a lot of these “boring” tasks, I’ve made a conscious effort to occasionally not. Instead, I complete the tasks without any distraction. This allows me to drift off a little and daydream. 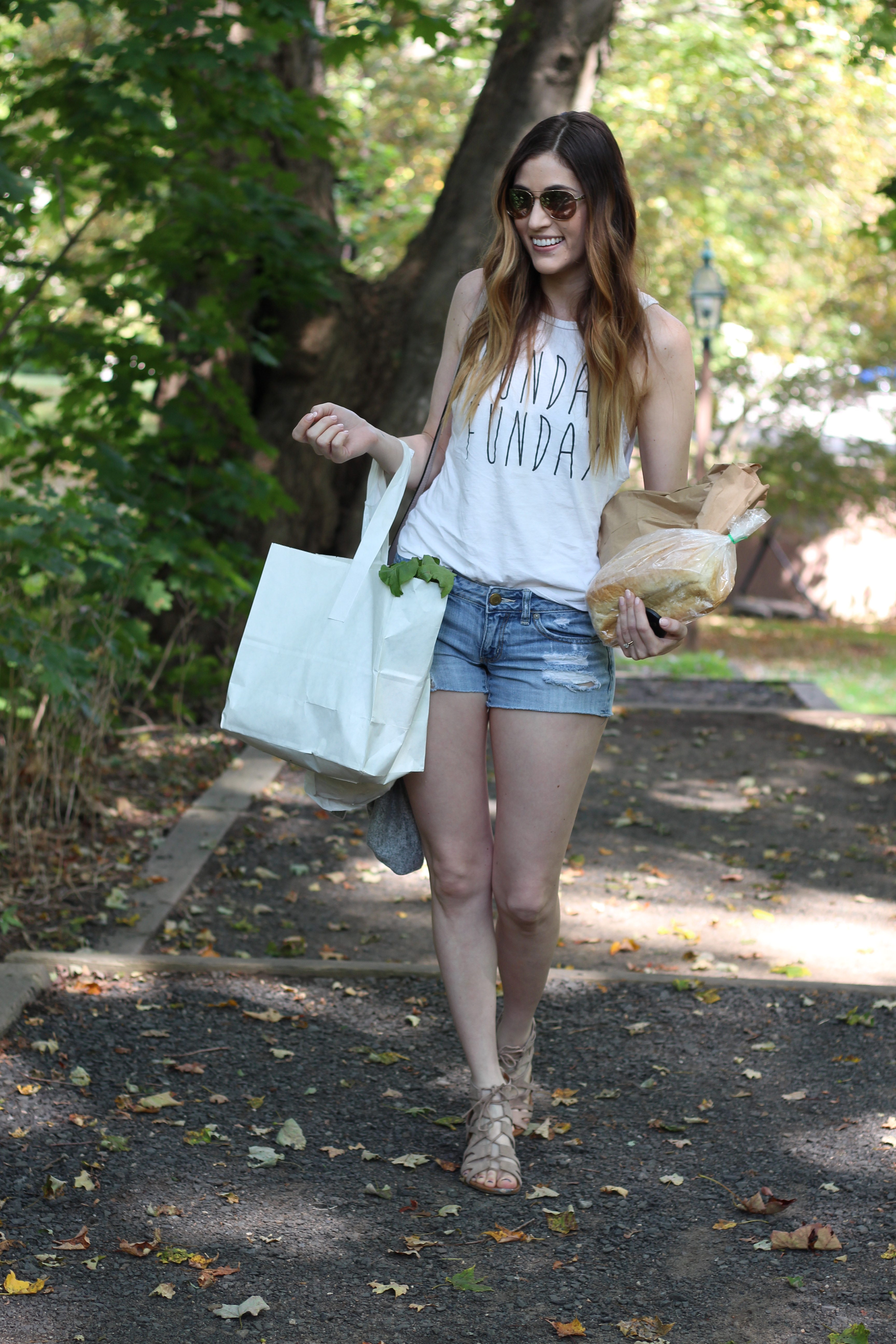 End the end, the real challenge I leave you with is to make a conscious effort, even if it’s only once a week, to force boredom. Drive in silence, lock your cell phone away for an hour, or leave an afternoon open with no plans. Since I’ve started making a more direct effort to not overfill my time, I’ve found that I’m less stressed, I’m more self-aware, and I have more time to reflect and set goals. Even though I’m doing less I feel like I’m getting more done. Not to mention, I sleep better and have adopted other healthy lifestyle changes.