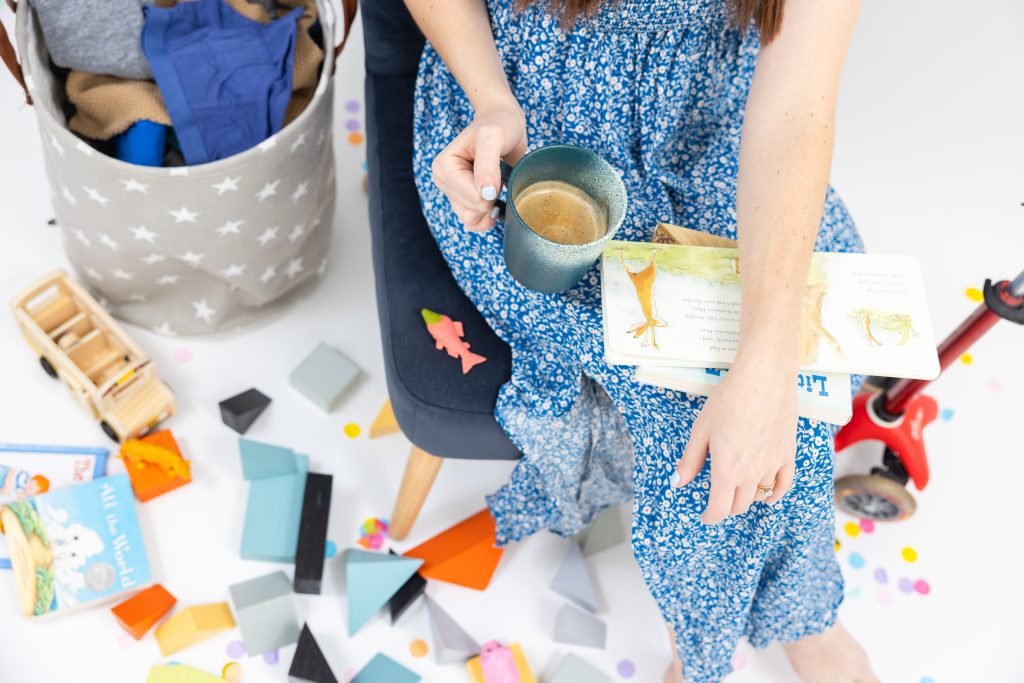 You Don’t Need All This Stuff

The other day my mom came into town to visit and I remember it was about an hour before she arrived and I thought to myself, “I guess I’ll tidy up a bit before she gets here” and it hit me like WOW.

A few years ago, I could have never waited until an hour before company arrived to just tidy a little bit. Usually, it was something that had to start at least a few days beforehand. There would have been a lot to declutter and put away and a lot of stuff I’d try to hide away in a closet and hope they didn’t see and stuff I’d frantically get rid of or hide out in the garage.

The main reason it took me SO long to get ready for company was simply that I had TOO MUCH STUFF to manage.

I was reading an article the other day that said that 40% of all our housework is just taking care of our clutter. This was a stat from The Cleaning Institute, and I don’t know how you can really gauge exactly how much time is spent tending to your clutter, but I’d wage that 40% is pretty accurate, if not a little low. The amount of time it takes tending to all our stuff is A LOT of time.

How Clutter Affects Us

The vast majority of us have clutter of some kind in our homes. Certainly, some more than others. But, truth be told, we’re a nation waging a war on clutter.

As someone who shares videos on decluttering and organization, I’ve read a lot of articles on the topic and most are very doomsday in style. It’s all about the clutter that’s overwhelming us. It talks about how our clutter is costing us money, it’s affecting our health, and it’s ruining our lives. And, this isn’t untrue. Your clutter is very likely doing most of these things.

I recently shared a post about some surprising facts about clutter. In reading studies and articles for that video, I learned how people with clutter have higher cortisol levels, don’t sleep as well, and aren’t as productive. I learned that a woman’s stress at home can be directly linked to the amount of stuff she has, and that clutter can actually trigger avoidance techniques like overeating and procrastination.

Our clutter leads to some scary side effects. However, I don’t want to tackle clutter in this doomsday style today. While I find these facts and studies extremely interesting, they just aren’t all that helpful when it comes to actually learning to rid yourself of stuff. They spew a ton of facts about why having clutter is killing you and ruining your life and then have a few bullet points at the end reminding you not to keep things that don’t spark joy.

Like, oh wow gee thanks, I’m so organized now.

I’ve personally gotten a lot better about controlling the clutter in my home in the last 5 years. And while there is usually at least one area of my house at any given moment that needs to be tidied (usually one of my kid’s bedrooms) and I typically have some area that has become the unofficial dumping ground of stuff, (usually toggles between my basement or my garage) it’s all manageable. I’m often never more than an hour away from getting even the most disorganized part of my home back into order. And this mainly came down to being better about my stuff.

It was such a relieving and peaceful moment to know that I had company coming and I didn’t have to RUSH to frantically get my home in order for them. I was thinking about that link between clutter and stress, and how clutter really causes us stress for so many reasons. It’s not just that looking at it is stressful, it’s the management of it, knowing it’s there, thinking about having to manage it and take care of it.

I recently watched a great video from Dawn, who runs the Minimal Mom, where she was basically talking about ‘what is your clutter telling you?’. Dawn always does such a good job helping you reason with not having too much stuff. She talks a lot about how everything you own is something you have to manage and inventory.

How more stuff adds more to your plate and more clutter just means more work for you. She shared a book she read about this called Goodbye Things, and so I had to buy it, obviously, and it was amazing. The author talks about how everything you own is telling you something, and what they are telling you creates what he calls a ‘silent to-do list’.

Let me give you an example: right here where I’m standing, there’s a basket of laundry in front of me saying “take me upstairs and put me away.” I can see into the kitchen and there are some plates from my kids’ breakfast saying “wash me”. There’s a box on the dining room table I haven’t opened yet that’s saying “open me, put me away” but also kinda saying “did you REALLY need to buy me if you haven’t already opened me? Why are you making these impulse purchases?” There are a few tools on the counter to my right saying “put me away in the basement” and by telling me to put them away in the basement, they’re also reminding me that the tool bench REALLY needs to be organized.

By all of these things simply existing in my home, they’ve made my to-do list much longer, which is the idea of the silent to-do list.

Every Item Needs To Be Cared For

All of the things need to be taken care of. Which is one way I like to look at my clutter to help me when I’m trying to have less.

Dishes need to be cleaned and put away. Toys need to be kept organized and the pieces of the toys need to be kept together. They also need to be washed on occasion and put away at the end of each night. Plants need to be watered, repotted, and fertilized. Kitchen gadgets need to be stored, organized so you can easily find them, and cleaned, with all the pieces kept together. Clothing needs to be washed, hung, and maybe even ironed. It needs to be worn, and in order for it to be worn, now it’s telling you other things like “lose weight so you can wear this” or “why did you buy this shirt that doesn’t match anything? You’ll never wear it”.

The point is, your stuff is noisy.

Use Minimalism As A Tool

While I love Dawn’s love of minimalism and the concepts laid out in Goodbye Things, I would not personally consider myself a minimalist. Someone once asked me on Instagram why I don’t, and I think it’s because I don’t want the pressure of the title. I have two small children ages 1 and 3 and at this season of life, very often my home gets messy, the basement gets neglected, and things pile up. I think if I called myself a minimalist, it would make me feel like I was failing.

Which I know isn’t the point of minimalism at all, but I just wanted to share in case that was something you felt and struggled with when it came to decluttering, too. I do think even if you aren’t a “minimalist” you can use minimalism as a tool. Using the fundamentals of minimalism to strip away the excess stuff, to help make your silent to-do list smaller.

Because here’s the truth. YOU DON’T NEED ALL THIS STUFF.

You know and I know it.

Not only is it causing added stress and work, you really don’t need it. And, when you allow yourself to get rid of it, EVEN SOME OF IT, it doesn’t have to be minimalism level, you immediately alleviate some of that extra weight (literally and figuratively).

One way I like to look at my stuff is as an employee. When you hire an employee, the point is that they do work for your business. They take work off your plate, complete tasks that grow your business, and pay them for what they do. But, if having the employee isn’t increasing your revenue, it doesn’t really help.

For example, I have a virtual assistant who helps me send out my newsletters and manage some small backend stuff. She does work that frees me up, to make more youtube videos and content, which makes my business more money. So I pay her a certain amount each month, but it frees me up to do work that will make me 3x, 5x, or even 10x that much. This is a worthwhile employee. It’s worth investing the money and time into having her and managing her. Your stuff is like that.

Let’s take a look at my kid’s toys as another example. Every time I do an audit of my kid’s toys, I ask myself “what is worth managing”? I want to think about which toys my kids play with the most and what’s easy to manage, take care of, and keep organized. Toys that are never touched or played with don’t deserve time on the shelf. Toys that are really hard to organize and keep tidy and only played with a tiny bit aren’t worth it either. They aren’t pulling their weight for this business.

So, there you have it, you don’t have to have all this stuff. You really, truly don’t need it. Because having it makes it the boss of you. But allowing yourself to rid yourself of some excess stuff that is asking more than it gives, frees you up and makes YOU the boss.